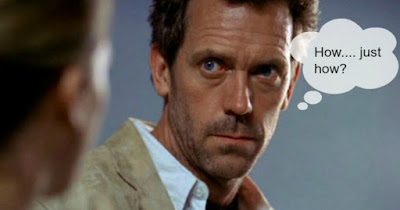 Especially when they think they know everything.

Headed back to the parking garage ground level where we were parked (the kids were on the third level), they called out they'd meet us in a minute and to follow them. Suddenly, while waiting in the car for what seemed like an inordinate amount of time, the cell phone rang.

"Well ... we have a problem" I thought I heard from the driver's side of the car as my better half answered her phone. "Zeke left his keys in the car. They're locked in inside."

The suggestion was put out there: "Just call AAA."

"Can you call for me? He doesn't have AAA and I left my card at home. I don't carry it with me. Besides, my phone is almost dead and I'll probably get cut off in the middle of talking to them ..."

Kids. They're a barrel of laughs.

We drove up to the third level of the garage where they were stranded. That's when the comedy (for us, at least) really kicked in to high gear.

"How did you leave your keys in the car?" I asked Zeke.

"In the ignition?!? Really?!? Don't you check to see if you have your keys before you get out of the car? Or at least before you lock it?"

"Yep. You know ... so I don't forget it ..." The sheepish look of embarrassment from him became even more so.

"And why don't you have your AAA card handy? You should keep that in your purse wherever you go just in case," mother queried daughter.

That response tripped one of my favorite little triggers. "That's why you shouldn't use the word 'never' ..." It was time for her to dole out a sheepish look, quicker than you could blink.

"If I just had something like a hanger to jimmy the lock I could probably open the door ..." Zeke commented.

"Better response: If you would have made sure you had your keys with you prior to locking your car doors, we could be on the road already to our next destination ..." I noted.