I got the message. loud and clear. The guy behind the counter was intimating the note I'd given him and which he was scrutinizing wasn't genuine. But he didn't want to come right out and say so. It was as if he was holding back that information. Why? Was he making an attempt at saving me from embarrassment? Anticipating a confrontation if he called it out? Did he fear I might throw a fit about it?

He didn't know me. He was simply preparing for the worst in a possible bad situation ... but I wasn't going to react to his timidity.

He handed the bill back to me and apologized. I told him it wasn't a problem, there was nothing to apologize for. And I meant it.

Off to the bank I ran.

Was it true? Was I trying to pass a fake bill? I looked at it while on the go and he was right: The hologram was obscured.

Arriving, I walked through the doors and went right up to one of the two tellers standing around doing absolutely nothing. "Good afternoon. How can I help you?" the teller asked as I approached the counter.

"What can you tell me about this bill?" I put the note on the counter in front of him.

"It's counterfeit" he responded.

"You can tell that just from looking at it, laying there on the counter?" I asked.

"Maybe you can see that, I cannot. I'm nowhere near that qualified. So ... what can we do about this situation?"

"Well ... I have to confiscate this bill and write up a report. I'm going to need some information from you about it ..."

"That's fine. But ... what will be done about the funds themselves?"

"I had a feeling that might be the case. So ... had I simply run the bill through an automated teller machine I would have at least been credited the hundred bucks." (I'd heard someone had done that when they had come upon a similar situation with possibly counterfeit money and it jogged my memory while talking to the teller.) "By coming to you and being honest, I'm SOL ... right?"

"Right on both counts," the teller confirmed.

Instead of the various sundries I had planned on purchasing that afternoon, I went home with a copy of a report on its way to the Secret Service. 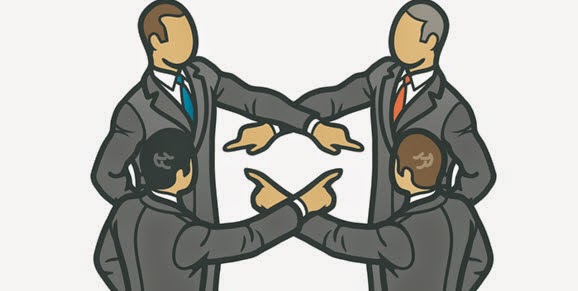 Really: What's so difficult about being accountable for simple mistakes?

If you're going to make a mistake, a business is one of the best places to do so. So you get your hand slapped, big deal. When you're dealing with the public, you want to put your best face forward. Makes the customer feel good, makes you feel good for helping out ... right?

Overall, no one wants to screw up, especially when it's personal. But at least if you do so in a business atmosphere, when you're at work? It tends to be not quite as painful. Especially when it's a simple little thing. Depending on how you handle it, that is.

And if you're going to come up with an excuse? If it should come to that at least have the wherewithal to make it appear legitimate, something that has an inkling of plausibility.

Case in point: A friend posted this a few days ago ...


"And so I think I just heard the most original excuse why important paperwork is 2 weeks past due for delivery. Mail with streets, avenues, boulevards, etc., not abbreviated are returned by the US Postal Service. I think I would have believe the company dog ate it."

I couldn't help but question this.

Come on. The individual who made up this malarkey really thought they could pull this off? 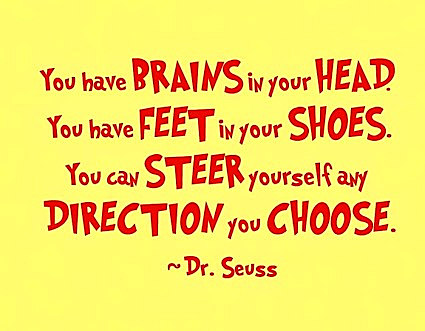 Posted by Ruprecht at 7:01 PM No comments: 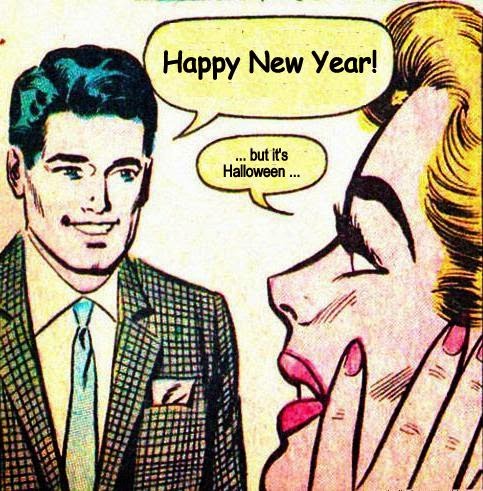 I asked myself today: "When does it become inappropriate to wish someone a Happy New Year?"

And by inappropriate I don't mean "inappropriate." I mean inappropriate along the lines of "ill-suited." More so I wondered about it in a general sense of the correctness of acknowledgment.

Currently? It's still all right to "Happy New Year" whoever you choose. I mean ... we're a mere two weeks into 2015 for Pete's sake. And when you haven't yet seen someone and stumble upon him or her in February and such a hail greeting strikes you? I don't see a problem with that. Do you?

But ... get past February and it can get a little weird.

You wouldn't say it in April, definitely not on Flag Day ... and you wouldn't even think of mumbling it at the mid-year mark ... right? And it doesn't even occur as a weird mind quirk come autumn, even at the most awkward of meetings, does it?

If you think about it, most months of the year (the latter 10, let's say) get the metaphorical cold shoulder when it comes to offering such a salute. If you're one of these months you drew the short stick.

But ... I don't know if this necessarily needs to be the case.

Of course, you wouldn't greet someone you see every day with "Happy New Year." That's just dumb. You wouldn't say it to your fellow office worker down the hall every time you bump into him. You wouldn't offer it to your barber each month you get a hair cut. Nor would you give it any thought when you say hello to the cashier at the grocery store every other week. Or at your favorite fast food joint. Or when you jauntily step yourself into the bank and belly up to a helpful attendant.

But you would do so to those individuals you haven't yet seen in the new year. That makes complete sense, doesn't it?

Well, I'm not asking any longer. I'm forging ahead and committing to it each time the chance arises.

I'm certain, no matter the month, an enthusiastic "Happy New Year" will beat "How's it goin'?" or "What's up?" or "Fancy meeting you here!" or a goofy "I wondered if I'd bump into you" each and every time.

And that goes double with strangers, too. (Yes ... I'm known to talk to complete strangers often, out of the blue and in the most interesting places.)

And if it raises an eyebrow or two? Nothing wrong with that ...

Posted by Ruprecht at 6:01 PM No comments:

Will It Go 'Round In Circles? 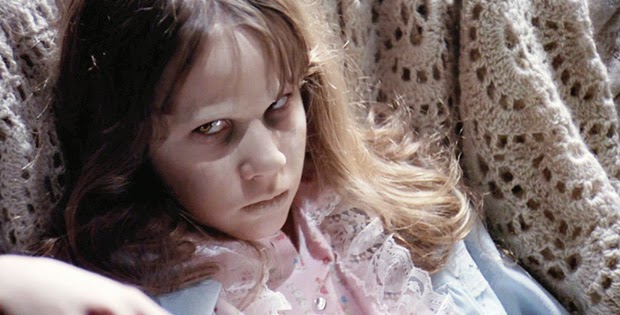 "And ... he's seen you freaky-scary angry too? Because that's kind of important ..."

"So ... I'm just putting this out there for your own good. Not having seen that? And having it thrust on someone all of a sudden? That could be a real sticking point in a relationship. I've seen it ... and it ain't pretty. You might want to consider that ..."