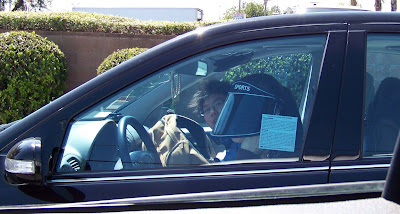 Sorry. I just don't understand this.

Police ticket folks for their windows being excessively tinted so as to obscure the driver's identity.

Doesn't this apply as well?

P.S. The passenger? He helps her drive. The driver can't see out that face shield, y'see ..... 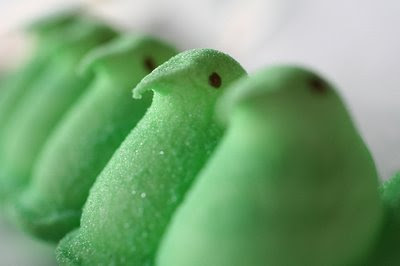 A nice little family meal in the works, the girls on their way home from dance class courtesy of a pick up from mom. Upon arrival, the unwinding of the day makes its way throughout the household and into conversation. The day's events are digested. The ritual "Is all your homework done?" queries. The reviewing of the schedules for the following day. Routine, routine, routine.

And then it's time for a little family downtime in the form of television programs we all watch together. I pull out the laptop (recently reacquired from the computer guy, post repair) for a bit of photo downloading and somesuch.

But the mouse isn't working. There's no infrared light glowing from beneath it.

Wife of Rupe looks up. "Didn't you just get it fixed?"

"The computer, yeah ... but I didn't supply him with the mouse. It's borked or sumpin'," Rupe replies.

Inside, I chuckled. But I didn't let it show.

I deftly removed the mouse from it's connection and handed it to her.

For the next two minutes, the youngest daughter of Rupe meticulously cleaned that mouse's cracks and crevices with the precision of a watch repairman. It was as if she didn't breathe. When done, she handed it back to me.

I took the mouse from her and plugged it back into the computer.

The infrared light came back on underneath the thing. The cursor schwiggled about on the screen. Everything a-okay.

I looked at Wife of Rupe. We both smiled a mile wide.

If you know me, you know I love summer in San Diego. That's when Comic-Con comes to town, right around the end of July.

I'm already getting all googley over it and it's still 3+ months distant.

Comic-Con is all about the panels and the people and the events and the surprises and the learning and the costumes and the knowledge and the excitement. I have contacts there I've done business with. I have friends there I bump into. I have acquaintances there I see only during Comic-Con. I look forward to each and every aspect of the event, crowds be damned.

But it's the interaction with everyone - goobers and industry people alike - that turns my crank and gets the blood flowing. It's a kick to see a favorite waiting in the wings or someone you didn't expect to be there right in your vicinity as you turn around. One of the biggest thrills for me of a Comic-Con past was a sit down discussion I had with Mark Mothersbaugh of the band DEVO. He was sitting all by his lonesome at a signing table with no one around him. No one knew who he was. I got the privilege of monopolizing an hour of his time - of which he was thrilled to oblige - and converse non-stop about music and art and people in general. What a treat.

Yep. It's the interaction that really makes the event for me.

Here's a sample from last year. I hope you enjoy.

-----------------------------
A buddy of mine and I were headed for the upper levels of the San Diego Convention Center one afternoon and decided to take the elevator rather than the escalators filled with every kind of freak and weirdo imaginable.

As the elevator *dinged* and the doors parted, a hulking, ominous figure gave us reason to pause before entering.

It was none other than the Dark Lord Of The Sith Darth Vader himself. (Well ... someone dressed as Darth Vader. If it really was Darth Vader, he wouldn't've put up with the shenanigans and monkey business we foisted upon him.) 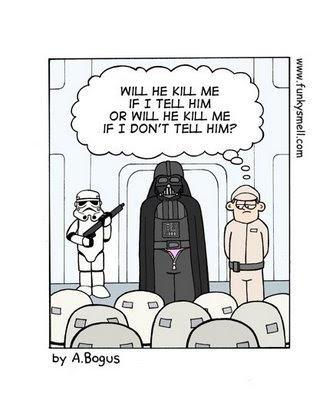 My buddy and I: We see an opportunity, we pounce on it.

Darth was certainly foreboding. Dressed completely in black (well ... DUH), he was all of seven feet tall, oozed darkness and inspired nothing less than tail tucked 'tween leggedness. He was breathing just as in the films, too, with that sucking/hissing sound. Labored breath was the only thing you heard in that elevator and, I must admit, it was effective. We both walked in. I raised my hand in greeting.

"Annie! What's happenin' dude ... ?!?" I asked gleefully. As we turned around to face the door, my buddy jabbed me in the ribs with his elbow and said under his breath (but loud enough for "Darth" to hear): "Are you an idiot?!? Call him Lord Vader, you dipstick!"

I was doubled over in pain by my friend's jab, but I managed to turn painfully and apologize. "Sorry about that, An .... I mean, Lord Vader. No harm, no foul ... s'aight?"

He just breathed at me and didn't say a word.

I turned, looked at my friend and shrugged. The elevator doors closed and we began rising.

Three seconds into the ride, the elevator came to a stop. A mere five feet off the ground.

Darth stood there looking down at me and sucked air.

I looked at my friend. "Guess it's not him that stopped the elevator after all, eh? I mean, if it was, he could get it goin' again. Either that or we'd be dead already from insulting 'His Lordship'."

My friend turned around and faced Darth. "Hey, do us a Sithy kinda trick, will you, Darth? Make a coin disappear or detach your thumb or sumpin' ...."

Darth hissed in and out, but said not a word.

"Kinda stuffy in here, ain't it?" I muttered in my friend's ear, but within earshot of Darth. "Hey ... you feel anything? Feels kinda dark ... heavy. I wonder if a storm's comin' in."

My friend looked out the glass windows of the elevator to see if anyone noticed it was stuck and exclaimed: "I have a great idea! I'm hankerin' for a burrito. You wanna burrito? Darth: You in? A burrito'd go down good right about now. We could head over to that busy Mexican joint at the Gaslamp, you know the one with the waiting list? With Lord Vader in tow, I betcha we'd get a seat in no time! I'll even buy!"

I was on board. "Zounds! Great thought!" I turned back to Darth. "Whaddya say, Your Worship? You down with Mexican? That and a limed up Tecate trips my trigger!"

"Doesn't like Mexican, I guess," I whispered to my friend.

"You can't blame him," he replied. "It must be hell trying to get outta them clothes when the burrito kicks in, if you know what I mean."

I nodded in understanding. We let the lunch date drop.

"Hey, Darth," I queried: "Can't you do anything about this stuck elevator? Mind meld with it or laser blast it or sumpin'?"

I received yet another elbow in the rib for that one. "Goofus! Mind melding is a Star Trek thing, not Star Wars! When are you going to get your stuff straight? Way to piss Darth off. I'm sure his Lordship doesn't appreciate that, y'know ..."

"Sorry, Darth," I mumbled. "But seriously - can't you do anything about the elevator?"

Suddenly, someone saw us and realized we were stuck. And stuck with Darth inside, no less. People started pointing. I took the cue and began choking myself as if Darth were using The Force to strangle me. My friend started screaming at the people for help, pointing at me and pointing at Vader. We were drawing a crowd.

Suddenly, the elevator jolted and we began descending.

We continued our act as the doors opened. We tumbled out the door, I collapsed in a heap on the ground, my friend bending over me to comfort my "attack" from Vader.

"Don't go in there!" he yelled. "Vader's trying to kill us! Someone get help! Security!"

Darth Vader walked out of the elevator and stepped over us with all the swagger of the villain he was .....

..... and was immediately accosted by a bunch of fanboys waiting with cameras. 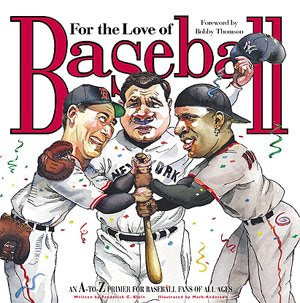 I couldn't say this any better myself.

Rupe offers a link (below) to the hilarious post of friend and jibe Clark Brooks for your exclusive dining and dancing pleasure.

Now ... name five ways to get on first without hitting the ball.

Posted by Ruprecht at 1:48 PM No comments: 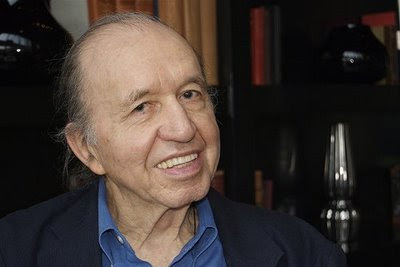 Everyone has an opinion of "Love".

And no one "defines" Love better than the beloved Bob Dorough.

You may know him from Schoolhouse Rock, performing such memorable standards as "Just A Bill", "Conjunction Junction" or "Lolly Lolly Lolly Get Your Adverbs Here". Fond recollections to be sure.

But below we have a very different sort of education.

Rupe’s causing problems again. This time via a guest posting on CliqueClack.com.


American Idol – Something For Everyone

“Here cometh April again and as far as I can see the world hath more fools in it than ever.”