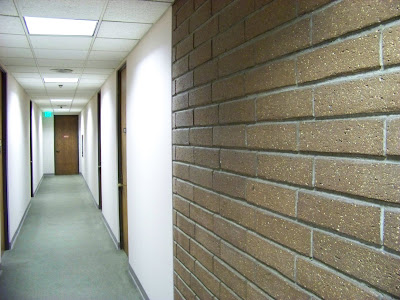 The image is stark and glaring.

Opposite the bricks, on the opposing wall, is a lone drinking fountain, clean and shiny, inviting anyone who wishes to drink of its cool, clear water. You simply need push the button and it will produce. (Of Note: Fill a water bottle from this fountain and leave it on your desk for 20 minutes or so and it becomes undrinkable by some sort of chemical reaction that turns it toxic tasting. Seriously. I know.)

You take all this in when you turn into the corridor. Nothing special; just your average building hallway, offices on either side emblazoned with numbers and names of management businesses, film casting and voice over production offices. 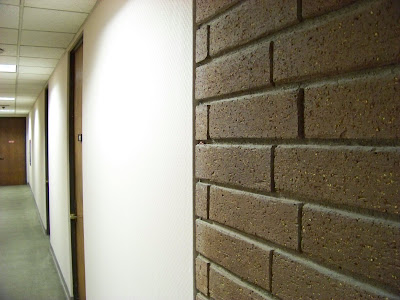 It's when you walk down the corridor you notice something a little strange. It's what I noticed weeks before.

As you pass the bricks' end on the right side, there, at eye-level, you finally notice it. You can't see it if you're at one end of the hallway or the other; it's when you're right there, within feet of it, that it stares out at you.

Sometimes you don't even really notice it. I can't tell you how many times I've walked the length of this corridor and failed to notice it at all. You probably can't even see it in the photo above, can you?

But as you come closer, there it sits. Wadded up in a misshapen ball of chewery. Noticing it, you take a bit of a mental step backward, realizing what it is. Realizing that someone actually put it there on purpose. 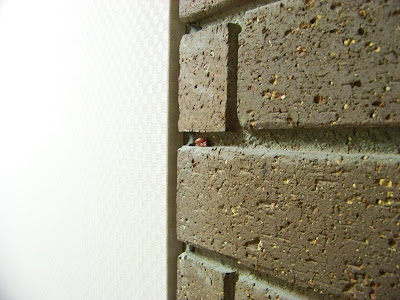 You come upon it and you look a bit closer. It's pomegranate in color. You have no idea how long it's been there, but you assume it has to have been there for weeks by the look of it. The interesting thing is the fact there doesn't seem to be any dust covering it. If it's truly been there that long, you'd think it would look a little more "worn" that it does, right? I mean, with age comes the signs of age ... and this little guy doesn't seem too worse for wear. For Pete's sake: The thing even glistens! 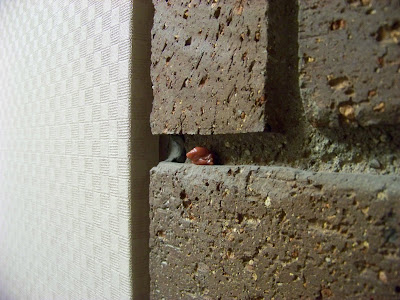 ... Click image to see it up close and personal ...
Yup. It's a piece of gum. A wad of throw-away chew someone didn't have the common courtesy to toss in a waste bin. It was funnier, better, more unique, lazier to just pop it right there between the bricks and forget about it.

And there it is, still sitting contentedly on its brick ledge, watching all who pass by. It's probably been languishing there not for weeks on end, but months and months.

And it's all those weeks (or months) that began to disturb me.

It's "The Gumming". And it's at a locale near you.

P.S. Yes. I extracted a paper towel out of the men's restroom, encased the little bugger and tossed it in the trash. *yeesh*

Email ThisBlogThis!Share to TwitterShare to FacebookShare to Pinterest
Labels: Does Your Chewing Gum Lose It's Flavor On The Bedpost Overnight?


Look: You called me. You must know that my vehicle warranty is up. That's why you called, right? So ... when I ask you questions about trading in the vehicle, why do you hang up on me?

Bob The Dog is coming along.

Macaroni and Cheese from Trader Joe's with cut-up hotdogs and Cholula thrown into the mix makes a spiffy meal. 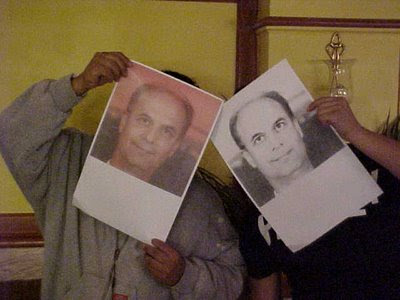 You. Yeah, you. I see you're driving one of those discount cars. One that came without turn signals. I hope you saved a hatful of dough by purchasing it that way. It will come in handy in paying the insurance for the car that just ran into you because you made that illegal right turn. Without a signal.

There is no downside to communicating with me. Really.

I have stricken the word "stimulus" from my vocabulary. This is the last time you'll see me use it.

Marketing. Catch 22 all the way.

Still, clowns are scary. They probably always will be.

Email ThisBlogThis!Share to TwitterShare to FacebookShare to Pinterest
Labels: Bob The Dog, No More Using The Word St ........., Random Thoughts 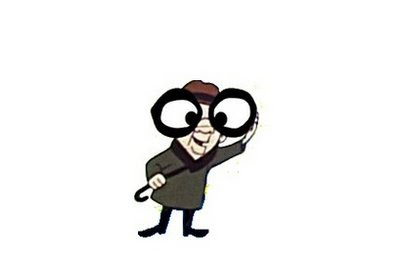 
I was 'forced' to write The Powers That Be at Entertainment Weekly.

'Cause, you know, while Rupe loves his Entertainment Weekly, he's all about continuity just as much ..... 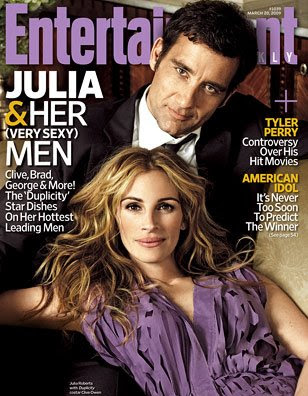 "His wooden hand" from Moonstruck as one of the real-life, career-spanning Cage time capsule items? Absolutely.
However, amongst the items shown is a prosthetic wooden right hand.

Come on, guys. Let's make certain it's the "right" hand: 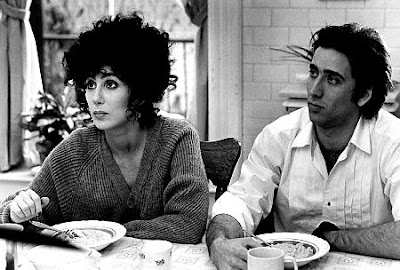 The Saint In The Grocery Store Window


While downloading photos from the last few days, I came across an interesting item in the photo above.

I didn't get the opportunity to snap a photo of the gentlemen below from the front, but I did get a quick shot off of the back of him. His shirt says: "Hell Yeah".

Note the image in the window at the upper right of the photo. Personally, I believe it looks like a saint. Is this an apparition watching over Mr. Hell Yeah?

Wife of Rupe states it looks like a man in a suit.

You be the judge.

The photo is unretouched and raw. Click on it to enlarge and scrutinize. 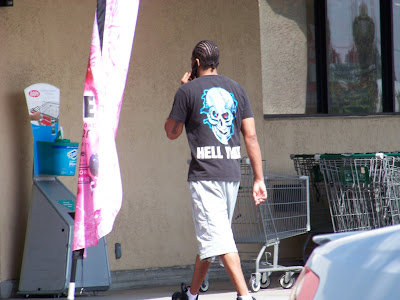 Email ThisBlogThis!Share to TwitterShare to FacebookShare to Pinterest
Labels: Saint In The Window 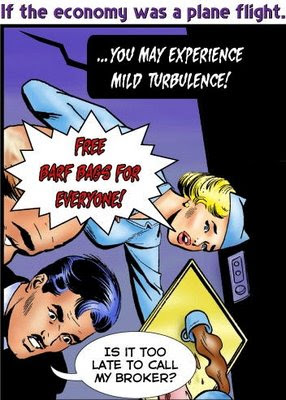 Money? Money? You got any money?

How 'bout you - you got any money? Where's all the money?

Email ThisBlogThis!Share to TwitterShare to FacebookShare to Pinterest
Labels: Going Down, Money, No Use Crying Over Spilt Milk


I got to thinking today: Does this song still work?

Oh, the riff's there - and you'll recognize it immediately ..... but what about the rest?

I couldn't locate the tune on Imeem, but instead here's an '83 video (a really dated '83 video!) that'll get your memory out of first gear. Maybe.

The video runs the better part of 7 minutes, but bear with it. I promise it'll getcher thinkin' cap warmed up if'n you decide to comment. And I encourage you to comment. I'm looking for input.

Email ThisBlogThis!Share to TwitterShare to FacebookShare to Pinterest
Labels: Creepy, For You, Manfred Mann's Earth Band, The Silence Of The Lambs

I listened to "KRAB Radio" whilst in Bakersfield Thursday afternoon. On came Seether's cover of "Careless Whisper". Cranked up, it sounds rather spiffy ...

I am out of batteries for my camera. Must. Locate. And. Procure. Rechargeable. Lithium. Unit. Soon.

I got the opportunity to get out and catch a recent flick last evening. Interestingly, Clint Eastwood exhibited a bevy of my father's tics and mannerisms in "Grand Torino".

By the by, I took my Mother-In-Law to see the above film. She enjoyed it immensely, as did I. Moreso, I gleefully picked out many continuity foibles within the film. (It's what Rupe does.)

As of this morning, the number in our household now stands at five. Welcome, Bob The Dog.

I hum Lydia The Tattooed Lady as I end this posting .....

Nothing In Fresno, California ... Lots In Thompson Falls, Montana

Well ... Rupe made it out alive. There was zero action in Fresno this past trip. No incidents. No arrests. No cataclysmic happenings. No road closures. No shootings.

However ..... in Thompson Falls, Montana, there's all kinds of frolickry going on, it appears.

I visited Thompson Falls for the first time years ago when I was courting my wife. It was the first time I'd ever been to Montana, matter'n fact. I remember there being more trees than I thought possible in the world. Everybody waved at you as you drove by. The town was a bit backward as (if memory serves) was the plumbing. The local movie house (the only one within hundreds of miles) showed films that were nine months behind the rest of the country. The nearest stop sign on the main drag (stop sign, mind you ... not stop light) was 75 miles away. Thompson was the seat of the county and my Mother-In-Law used to be commissioner of the county. (Proving that they'll let just about anyone serve that post.)

I tasted huckleberries for the very first time while there. Mmmmmmm, huckleberries. Nature's laxative. (You know that retort: "Does a bear shit in the woods?" You know why he was shitting? 'Cause he was eating huckleberries, that's why.)

Still, I fell in love with the place.

But despite the laid back atmosphere, as noted a tiny bit above, let me tell you: In Thompson Falls, Montana, there's all kinds of frolickry going on.

You want proof? You only have to open a copy of the The Sanders County Ledger, the local rag. And there, smack dab in the middle of page 3, is the Sheriff's Log.

And it just so happens Rupe has a recent copy of said periodical. May I offer some recent tidbits in and around the city of Thompson Falls, courtesy of said log? Why, thank you ... don't mind if I do. Here you go:

- Thompson Falls Police told barstools used as weapons in fight at Rimrock. No arrests made

- Donkey on Highway 200 near Trout Creek

And let's not forget the Justice Court. Not much there but speeding tickets, but here was a bit of a different one: 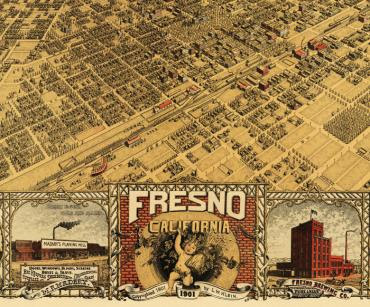 Every time I've come to Fresno on business, something's "happened".
I remember arriving in Fresno last year during Mardi Gras. There was some big to do at some "Garden" location not far from where I was staying that evening and I half considered checking it out. But I deferred; the morning would come early and there was lots to do the next day. Gallivant at some Mardi Gras party would be unwise. 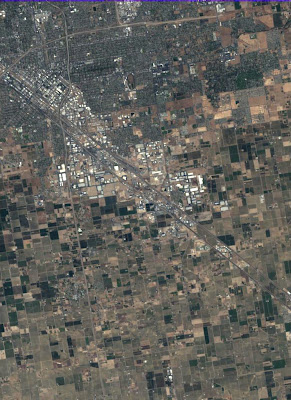 Flicking on the late night news that night as I retired, a news report came on stating the location of the Mardi Gras party was under lock and key as riots had broken out. I think fires were started as well.
Another time whilst in Fresno, several "locals" were chased by police across an extremely busy intersection near where I was staying late one afternoon. I was passing by and saw the entire incident. Police tackeled them right in the midst of oncoming traffic and they were cuffed spread-eagled right there in the middle of the street.
The last time I was here - in November of last year - an announcement was blasted over the airwaves no one was to leave from their hotel rooms. It seemed some yahoo had rented a room at a neighboring Motel 6 and decided to have all sorts of industrial chemicals share the room with him to keep him 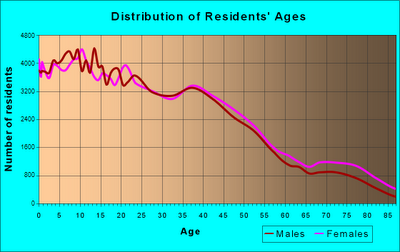 company. Tear gas, chlorides, acids, more. Why? No clue. All I recall was chuckling at the lockdown and commenting to myself that here was yet another incident while I was present.
Is it me? Is there some impending event of doom and gloom once again to usher in my arrival to Fresno, Sixth Largest City In California?
That, my friends, has yet to be determined .....