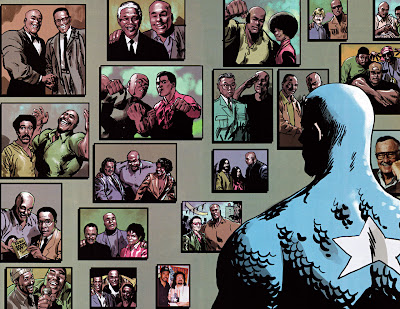 Since its founding, African Americans have played - and continue to play - a vital role in the history and culture of America. Black history is American history.

No one else has a history month or week or day dedicated to them. Not Chinese, Indians, Irish, Jews, Mexicans, whoever. And there is no need for a Black History Month, either.

I remember doing a report in school on both Booker T. Washington and George Washington Carver at various times. I studied Martin Luther King, Jr. and Charles Drew. Who were these people to me? They were pioneers and scientists and historical figures and people who made a difference. A difference in American history.

People who just happened to be black.

Just like Michio Kaku, a famous Japanese American scientist known for his string field theory. Just like Graciela Olivarez, Mexican American, who fought for the civil rights of minorities and justice for the poor. Just like philanthropist Stephen Girard, a French immigrant, who made part of his fortune as America’s first private banker and left the bulk of that fortune to the City of Philadelphia to build and operate a residential school for needy children. How about Levi Strauss, Jewish American creator of Levi’s jeans? Or Henry Ford, Irish American and pioneering automobile manufacturer?

This debate can go on and on and on.

The point? American history is made of the diversity of people from all walks of life, all economic classes, all educations and backgrounds. No single month can educate or celebrate or hold a candle to the contributions of the countless peoples that make up our American history.

No matter who they are.

No more whining. No more “months”. Let’s let history be history and let’s remember it for what it is: American history without any biases.