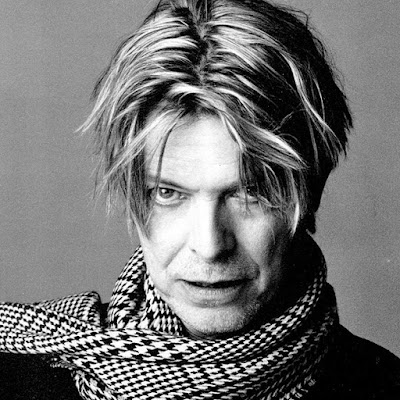 It's been over a month since I've posted anything.


In fact, 2015 (last year!) was the latest anything got tossed out there for public consumption. I fleetingly wondered if the blog would continue. (News Flash: There was never any doubt it wouldn't go on and on ... much to the chagrin of many of you out there. Am I right?)

Not the least of which is the abundance of notable deaths to start off the New Year. Of those passings who have made me sit up straight:


And, of course, the one that really hit home for me: David Bowie last Sunday.

When I caught word of Bowie's passing early Monday morning, I was floored. It hit me hard. I was instantly awake and alert when I got the news and immediately jumped out of bed and accessed all the news I could.

I read the articles, listened to the news reports. I devoured the tributes that came flooding in. Bowie's catalog was on continuously throughout the day as I ran my own personal marathon of his output. I was in a funk, overcome by melancholia. As I watched and listened to his 2002 "Live By Request" performance from New York and "Changes" came on, tears gushed down my face uncontrollably. And then again when he began singing "Station To Station." I couldn't help myself.

I thought about posting something but my friend Douglas Arthur beat me to the punch. He contacted a few on-line acquaintances:


"Any of you interested in discussing Bowie for a show?"

Of course he was talking about recording another Assault Of The Two-Headed Space Mules podcast.

So, in lieu of continuing to write something gushy, what say you just listen instead?