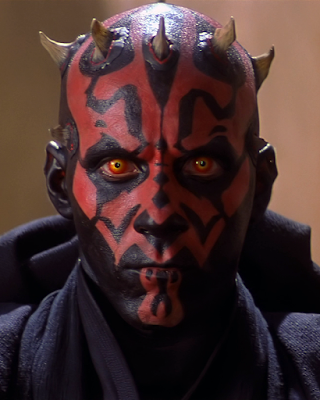 With the highly anticipated Star Wars: The Force Awakens teasing us at the end of the week, naturally lots of Star Wars memories crop up.

As the dutiful father (and yes, for self-serving reasons as well), I made certain my son was caught up on the original Star Wars trilogy (Star Wars, The Empire Strikes Back, Return Of The Jedi) prior to hitting the theaters for the new film in the series, Star Wars: The Phantom Menace,  in the spring of 1999.

11 years old at the time, his favorite character in the film was the villain Darth Maul, better known as "the pokey guy."