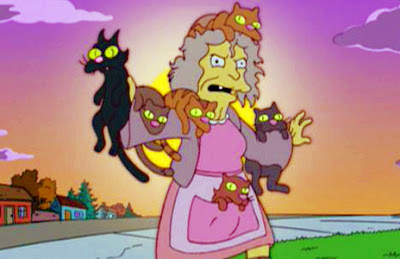 There were other conversations at the vet that day, too. This one? This one was the one that beat'em all.

It kept me on my toes ... and by "on my toes" I mean it forced me to stay alert to the fact I might guffaw unexpectedly at what was said or that it was possible I would offer up some wiseass remark before it was too late to stop myself from doing so.

A woman (who I will call "Kaftan Lady" going forward) walked in the front door of the vet's office wearing a huge - and I mean HUGE - muumuu-ish garb of such flamboyance you couldn't help but notice the thing. It would have been comfortable in Eddie Murphy's 1988 Coming To America. Peppered with groovy swirls of purple and gold and swaths of paisley all over the place, its length draped from shoulder to floor, complete with side slits way too high on the thigh for its own good. I was in fear of accidentally finding out what color underwear the woman was wearing ... if, indeed and in fact, she was wearing underwear. (Thankfully, that scenario never presented itself.)

Now, when I say "woman" I don't mean to assume she was old. Or older for that matter. She wasn't. She looked to be in her late 20s but her mode of dress made her appear a lot older than she probably was on closer inspection. (Not that I was inspecting her - it was difficult not to notice her.)

She wandered to the front counter and said who she was and why she was there. Having been told she'd be helped in a few minutes, she made somewhat of a spectacle of herself as she plopped down beside me. As she was rather large framed, it was a bit difficult to sit herself down without rubbing up against me or making some sort of contact. But she was careful about it, as careful as she was able (and probably a little too careful). Thus the fussiness of her actions.

The vet waiting room was packed to the gills with all sorts of cats and dogs. The admitting assistant at the counter was doing a bang up job of multitasking - checking on those coming in, writing up billings, asking questions about what people were there for, all while answering the phone as best she could whenever it rang. Which was a lot. 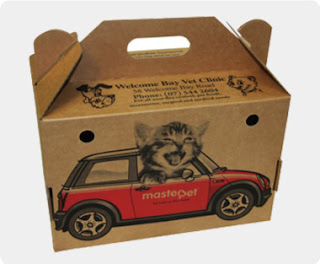 In between all the commotion, Kaftan Lady got the attention of the admitting assistant: "Excuse me ... you don't happen to have some of those pet carriers available by chance, do you? If you do I'd like to buy one. My cat got out of the box I had duct taped while we were on our way over here. I don't know how she managed it because I had the box taped up pretty good. But she's good at getting out of stuff and she sure got out of that box! Right now both my cats are in the same carrier and they really shouldn't be. They kind of defecate all over each other when they're in the same carrier. So ... do you have any carriers I could buy?"

The cats in question had been in the waiting area on the floor for the last 10 minutes. I hadn't heard a peep out of them. No movement, no meowing, to fighting or signs of agitation ... zippo. I rolled my eyes ever so slightly to myself, knowing this woman might be the kind who likes to make things more dramatic than they needed to be.

She got her carrier, thanked the assistant and proceeded to construct it right there in the middle of the room with everyone watching. When complete, she gently opened the door to the carrier the cats were in and extracted one of the animals. The cat she took out was monstrous and hairy and nervous about coming out in the open amid a dozen other animals. With little effort she quickly lifted it up and deposited it into the newly constructed box where it immediately proceeded to meow loudly and pathetically ...

... such that it got the attention of all the dogs in the room.

Who, one by one, began to snuffle and whine.

Which made the cat cry even more.

Which caused the dogs to threaten to turn things the way of a ruckus. Every owner in the place pulled their pets closer and shushed them as best they could.

Then woman turned to me.

"I'm an absolute wreck today. I came down here to get shots and medicine for my cats and a few things for my two dogs back home but I had to run to the printer down the street to see what he was doing with the logo I'm having him do. You don't happen to know anyone who does logos, do you? The guy doing mine is kind of opinionated and likes to do things his own way, which isn't the way I want my logo to be done. He thinks he has free reign with it but I don't want him going wild. I want it the way I want it. Besides, he's charging me too much. I just want someone who will do what I tell them to do for a cheap price. You don't know anyone ... do you?"


I was exhausted just listening to her story ... which I swear she blurted out in a single, solitary breath.

Immediately, and for the next 15 minutes, she busied herself asking almost everyone in the place why they were at the vet or telling them how gorgeous their pets were. It's like this woman could not sit still or shut up to save her life.

Finally, the assistant called out to her stating all her stuff was gathered and ready and the cats didn't really need shots. They gave her the total of the bill, some $265 dollars plus change. She explained they would need to contact her husband.

"He handles all the money, you see. If I give you his number at work, can you call him and give him the total? He'll give you a credit card number over the phone ..." The assistant called from behind her for someone to come help her out. When a nurse came to the front, she took the woman's number.

"Now, when you call my husband (his name is Frank by the way) don't be alarmed if he sounds drunk. It's just the medication he's on from the accident he had recently. He may be a little hard to understand, so just be aware," she instructed. "A lot of people have a hard time understanding him, but it's okay because he's not drunk. He just sounds that way, even at his work."

I stifled a bout of laughter I could feel rising up from within. But I was beginning to wear down; if this continued much longer, I feared I wouldn't be able to quell the urge to guffaw. I could feel it deep down, anxious to get out.

The nurse called the number, asked for Frank and held tight while he got to the phone. She introduced herself and began explaining why she was calling ... and then stopped all of a sudden.

"I got hung up on" she confessed making Kaftan Lady sit a little straighter with an unexpected start. "I don't know what happened. I'll try again."

It took a few minutes but the nurse finally got through to Frank, finished her reason for calling and completed the transaction. But man ... did it ever take a long time, the better part of 10 minutes by my estimation. I could tell the nurse wanted to pull her hair out but she remained calm and hung up when finished. She told Kaftan Lady all was good to go.

"Good! I'm so glad! Did he sound drunk? Because most people think he's drunk when they talk to him on the phone. But he's really not drunk. He just sounds that way, even at his work" she repeated once again.

Up she rose, went to the counter grabbed her stuff and blustered out the door with a thank you.

...but without her cats. 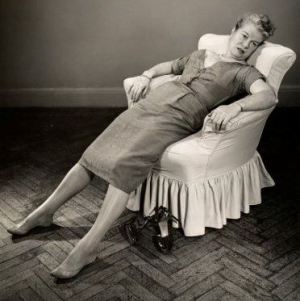 She was parked in the handicapped space right outside the office. I heard her curse as she got out of the car. She slammed the door, practically ripped open the office door and whooshed back in a huff.

"I forgot my cats!" she said apologetically while gathering the two carriers. She headed for the door a second time.

When she got in her car and finally left, it was as if everyone heaved a sigh of relief ...