Meanwhile On A Random Saturday Night ... 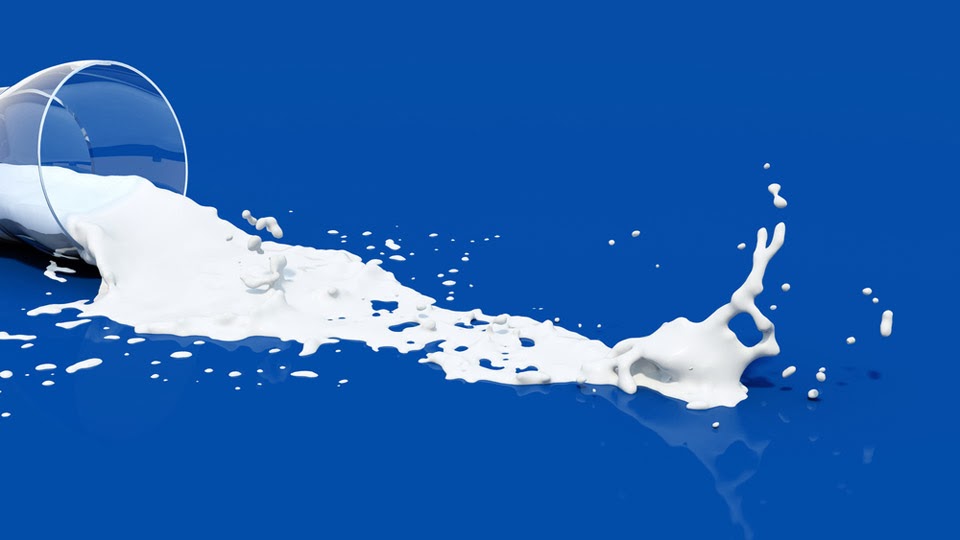 "Do you always leave the refrigerator open?"

"Yes, I do ... especially when I find someone has left the spigot open on the blender I'm using as I attempt to make a milkshake and the milk I've poured into it is now gushing out the spigot with the force of a government sanctioned dam and, being unfamiliar with said blender and its workings, I'm desperately trying to figure out how to stop the seemingly endless flow of moo juice not only coming out the container but washing atop the counter and onto the floor causing even more of a disaster than I'm currently dealing with. I mean ... I didn't intend to leave it opened. My plan was to execute a rapid pour of milk into the blender then toss the container back to the fridge. But, again, someone may have thought it a better idea for me to put on a circus act of comedy as opposed to closing the fridge door. As a rule? No, I don't 'always leave the refrigerator door open' but escaping cold air doesn't seem to be my priority at the moment ..."