Alzheimer's Once Again Foiled Another Day 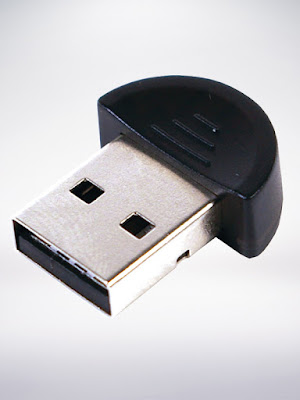 At this point in the history of this blog you should know by now I try and learn something new everyday. (It helps ward against Alzheimer's disease, I'm told, keeps the brain active.)

This morning? I learned a new word: Dongle.

I was sitting and enjoying my coffee first thing in the morning when I unknowingly spied one. "What's that on your computer? That half-moon shaped thing? I don't think I've seen something quite like that before ..."

Now, I might have seen the word previously but I'm not entirely certain about that. But it did roll off my tongue rather comfortably when I said it which triggered that old taste of familiarity. So chances are  at some point I've come across it.

But I went through the motions anyway.

Dangle: to hang loosely or hang around, I told myself.

Dengle: I wasn't certain there was a definition for "dengle" but I would look it up later.

Dingle: I knew that was a dell, usually a shady one. And, of course, a synonym for penis, courtesy of Chuck Berry.

Dungle: Comicly, I surmised "dungle" as being another word for "dingleberry," a dangling dingleberry precisely. And, when you think about it, this makes perfect sense.

Bells rung in my head. By deductive reasoning I surmised a dongle was a hardware adapter for some piece of computer equipment like my wireless mouse. And then I looked it up. And, sure enough, that's exactly what it was. (While at it, I hunted down "dengle" as well. There's no definition.)

Now? I'm that much more informed. Take that, Alzheimer's ...