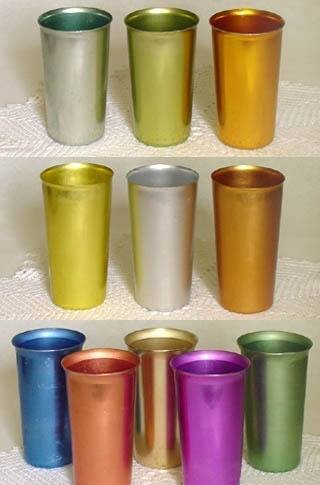 In my childhood I, like many other kids, were dropped off at relatives' homes so the parents could get kidless for a bit. A parent's night out or an "adults only" weekend getaway or some such. Often, these drop offs consisted of overnight stays with my grandparents.

A lot of fun was had during some of these stays. They could include elaborate, out-of-the-ordinary things such as special dinners out or out-of-the-way Sunday drives we wouldn't normally be privy to. On the contrary, small surprises were the order of the day, too - helping out in the kitchen, construction projects we wouldn't normally do at home, etc.

It was during these latter times a seemingly immovable virtual tick, a life-long foible was placed in my mind I have yet to completely eradicate. Though I've had some success in circumventing it to a degree.

In my youth, automatic dishwashers were making their debut in the common home. Invented in the 1920s, they didn't really gain any sort of popularity until the 50s when they claimed status in upper class housing. Their real surge came about in the 70s, however, where many the average home enjoyed one. My family didn't have one ... and neither did my grandparents. (To this day, I prefer washing dishes by hand rather than loading them into a dishwasher. It gives me a small sense of accomplishment to do so.)

Which leads directly to the point of this post.

Lacking a dishwasher, my grandparents of course washed all their dishes by hand. But, as their years progressed, they weren't as careful about the care and cleanliness of them as they could have been.

That metal drinkware you see in the above photo? Those were the kind of "glasses" my grandparents served my sister and I juice and soft drinks and milk in. The problem was their were forever particles in the bottom corners which tainted anything poured into them and gave them an unmistakable smell as one got to the bottom of the glass.

It was old, fermented, I'm certain moldy leftover drink from who knows when. Weeks past? Months? Probably longer.

As a kid, I just went with the flow. But when I figured this out later in life, a little light went off inside my mind and I found I could no longer imbibe from metal drinkware.

And this quirk didn't stop with drinking vessels: It progressed over to metal plates and dishes and servingware.

I began tasting a metallic or coppery tang whenever food was served with a metal spoon scraped fresh from a metal bowl. Sizzling metal platters? Eating off of them became impossible. If you scraped a knife and fork across each other, a nerve was set off inside me. If I did it, I would have to get another pair of utensils to eat with. Eating Spumoni out of a chilled metal dish in an Italian restaurant? Nope, none for me, thanks.

I can still smell that vile scent and taste that distinctive metallic tang at the mere sight of cups made of metal.

But ... I'm happy to report I'm progressing toward the "not so sensitive." A Christmas gift is what did it for me, moving me away from my foible.

Our household contains a dish that does not require butter to be refrigerated, assuring room temperature, easily spreadable butter. Sure enough, the interior of it is a brushed aluminum. Scraping a knife against it is commonplace now. At the beginning, however, I had to conquer my "metalphobia," squelch it into submission.

And I think I've done a pretty good job of doing so.

No, I still can't eat off anything metal ... but at least I'm a little less of the freak I was not so long ago ...