Quite Possibly The Dumbest Argument Ever 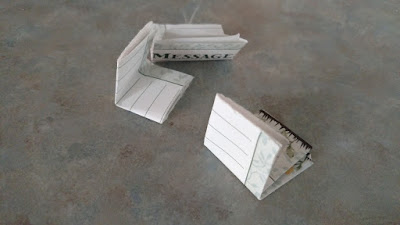 Despite the fact the following has been edited for reading brevity (trust me - the "You choose!/No, you choose!" back and forth would have been a most monotonous read), the following narrative is A Factual And True Accounting ...

"Hokay ... our movie choices? I have everything pulled up on the computer. Time to decide. Ready? We've got Deadpool, Zoolander 2, Kung Fu Panda 3, How To Be Single, Pride and Prejudice And Zombies, The Choice, The Revenant, Star Wars: The Force Awakens, The Finest Hours, Dirty Grandpa, The 5th Wave, 13 Hours: The Secret Soldiers Of Benghazi and Hail, Caesar! If it's all the same to you, I'm sure we can put the Zoolander and Kung Fu films in the 'Ain't No Way In Hell' category ... right?"

"I take it The Choice and How To Be Single are chick flicks. If you want to go see either of them I'll defer to you ..."

"Why don't I just go through the list and see what both of us wouldn't mind seeing? Then whatever is left we wouldn't have a problem with, no matter what we choose. That work?"

"Just pick one. I'll be good with whatever."

"No you won't. Because I know you don't like Coen Brothers films. You think they're stupid. So Hail, Caesar! is out ..."

"I've already deleted three of them right off the bat. Choose one from the remainder ..."

"No! I'm not going to choose. Because it could quite possibly come back on me that I picked the movie and, if it's a bad one, I'll never hear the end of it. You have priors, you know ..."

"I have priors? That's pretty funny coming from you ..."

"I don't. There are some pretty gruesome things in it I've heard ..."

"All right, look ... I'll nix The Revenant since you obviously have a strong constitution against it. And we've already see Star Wars, so that one's out, too. And I'm dumping the chick flicks, if that's what they are. That weeds us down to six. Deadpool? If a DVD of it was placed at my doorstep for my perusal with no obligation, I'd watch it. But I don't have any wild hairs up my ass to see it. And I've actually read Pride And Prejudice And Zombies, though I don't think it would be up your alley. Just my opinion."

"Why do I have to choose? I'm doing what I can to make this a joint decision without obligation. But you're spurning me every step of the way, you know. 13 Hours? 5th Wave? I'm *meh* on either of those. So now we're down to Dirty Grandpa - Hello! De Niro! - and The Finest Hours ..."

She took a sheet of paper and tore it into 5 pieces then began writing on one, then the next, folding each individual one as she went along.

"What difference does it make? You can't choose, so you can draw straws. Besides ... you'll find out when you pick one."

"Don't worry about it. This way it's random."

"I guess you'll find out when you choose one, won't you?"

"I'm not going to pick one, then. I want to know which ones you're choosing before I draw ..."

"No. Just find something to put these in so you can do a completely random draw."

"No! It doesn't make a difference. You're going to draw one! There's no benefit to knowing what they are in advance."

"Yes, it does! For the reason I said. I might pick one you don't want to see."

"No! Will you find something to put these in, please?"

I grabbed a nearby wastebasket, the closest thing to a "hat" I could find that would serve the purpose.

"Ewwwwww! Find something else!"

"No. I'm pulling randomly anyway, right? You're not sticking your hand in there ..."

"Not before I know what each of the five being picked are."

"It doesn't make any difference! You'll be drawing at random!"

"No it won't! That's the stupidest thing I've ever heard. You'll be picking at random! How can that affect anything?"

"No, it won't. You can't pick differently! 'Random' pick! You do know what 'random' means, right?"

"RAN-DOM! It's random! There's no way you can pick differently if you're picking at random!"

"What's that?" she asked nodding at the folded sheet I placed on the table.

"You can read it after I draw. But I'm going to ask one final time: Are you going to let me see the five picks you've written down?"

I held the waste basket out for her to deposit the folded choices. I aggressively swirled and shook the basket and handed it to her.

"I'm telling you it's going to make a difference if I pick as opposed to you picking."

"Give me that!" She grabbed the waste basket then held it out to me so I could choose.

I reached in and positioned my hand directly on the right corner feeling for a piece of paper. I inched my way to the left when I couldn't find one, determining which was the furthest to the right side. Then I plucked it out and opened the piece of paper.

"Good. It's the one you wanted to see after all ... The Finest Hours. You may now open my piece of paper."

She picked it up, unfolded it and read what I'd written.

"This doesn't even make sense," she commented. "How could picking on the right side make any difference on what film you chose?!?"

"I made certain I chose the piece of paper on the most right-handed side of the basket. If I didn't, we wouldn't be going to see The Finest Hours ..."

"If I hadn't picked the one on the furthest right side, we'd be going to see something else, not The Finest Hours."

"Yes, I do. Had I picked randomly, there would have only been a 20% chance I would have picked that film. The odds were against me picking out that particular film. It was a one in 5 chance. By choosing the way I did, I hedged the bet. Randomly, I wouldn't have put my hand to the far right when choosing ..."

"But you didn't know what the other movies WERE because you didn't see them!"

"That really doesn't make any difference now ... does it? Because we're headed to see The Finest Hours Sunday ..."

"That is the dumbest thing I've ever heard. It makes no sense ..."