My Cousin, The Comedian 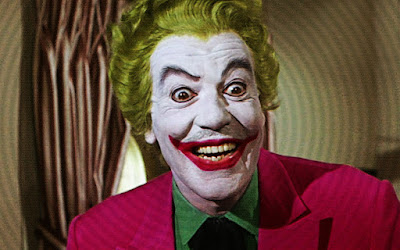 My cousin thinks he's a joker, a real comedian.

He claimed, long ago, he wrote out a few lists of things indicative of who I am - some quirks, kinks and characteristics.

But, when asked to produce these alleged lists, they were "conveniently misplaced" or "lost somewhere."

Well sir? Supposedly they've "resurfaced," miraculously found while cleaning some room or another.

For your consideration (along with each item typed out for legibility) I present said lists. I leave it to you to figure out which items are statements of fact and which are falsehoods. 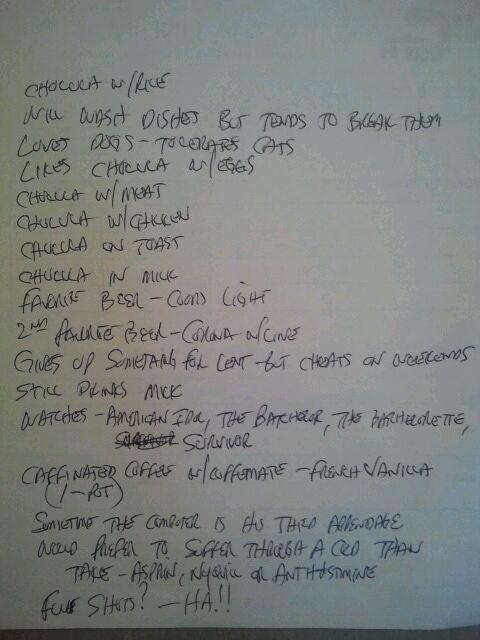 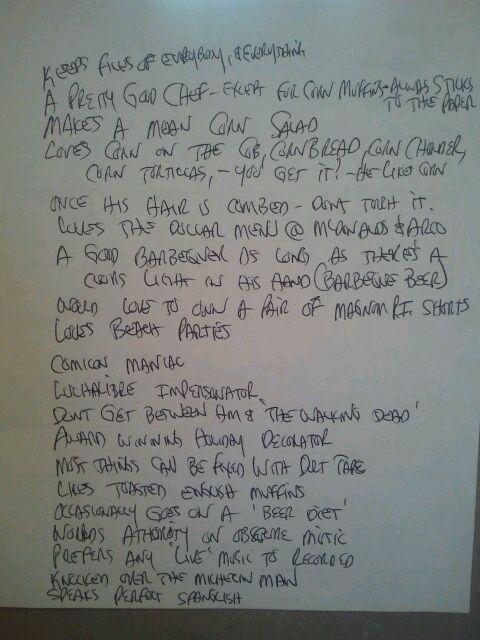 - Keeps files of everybody & everything
- A pretty good chef - except for corn muffins, always stick to the paper
- Makes a mean corn salad
- loves corn on the cob, corn bread, corn chowder, corn tortillas - you get it? He likes corn
- Once his hair is combed, don't touch it
- Loves the dollar menu at McDonald's and Arco
- A good barbequer as long as there's a Coors Light in his hand (barbeque beer)
- Would love to own a pair of Magnum P.I. shorts
- Loves beach parties
- Comic-Con maniac
- Lucha libre impersonator
- Don't get between him & The Walking Dead
- Award winning holiday decorator
- Most things can be fixed with duct tape
- Likes toasted English muffins
- Occasionally goes on a "beer diet"
- World's authority on obscure music
- Prefers any "live" music to recorded
- Knocked over the Michelin Man
- Speaks perfect Spanglish