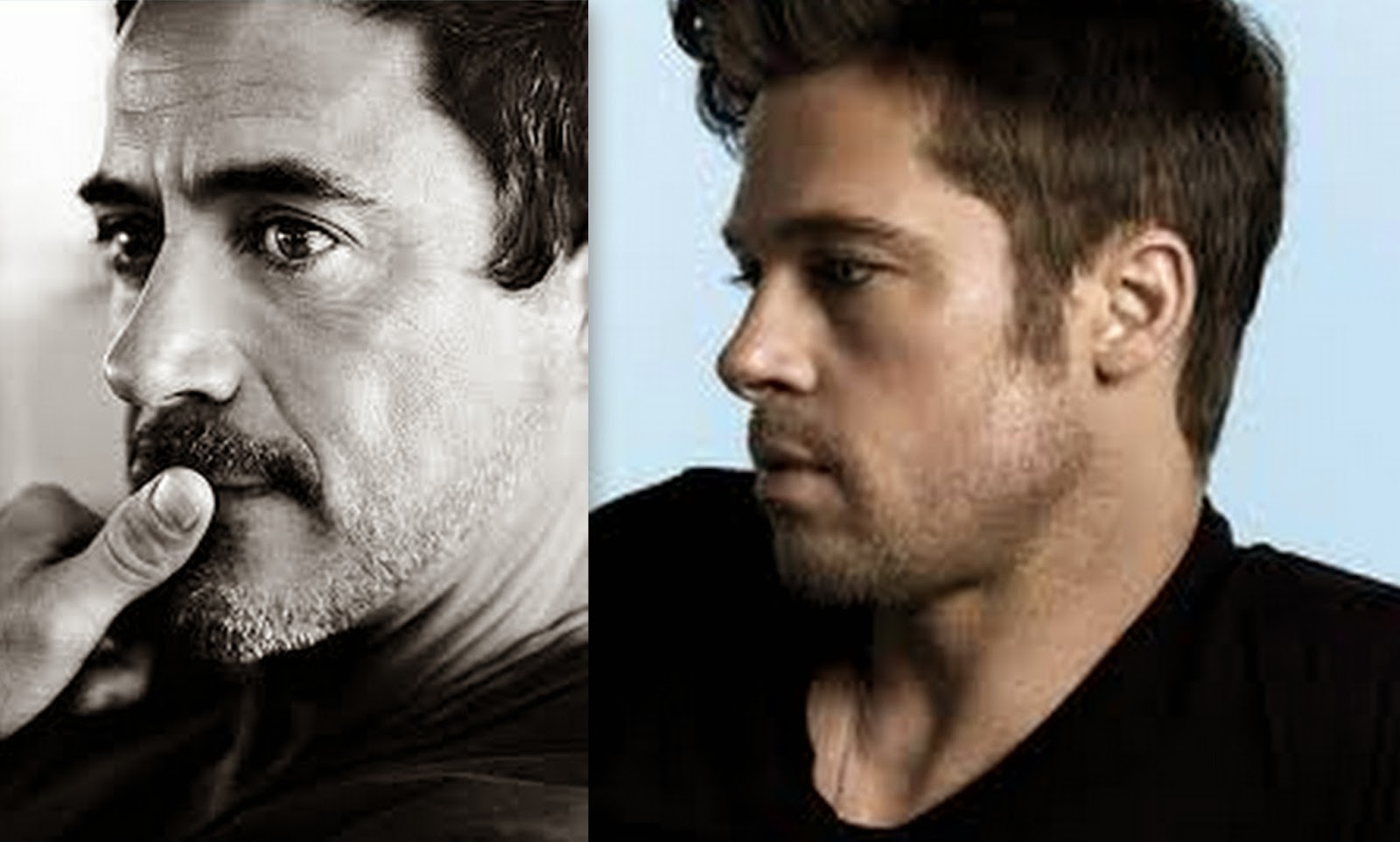 Robert Downy Jr. was in my dream last night.

Except the combination looked like both of them equally, morphed together. And that morphed Downey/Pitt was short, squat, powerful and - most puzzling of all - black. (I cannot tell you why because I have no idea. I chalk it up to the strangeness of the dream ...)

I was downtown somewhere, in a nameless big city. There were television screens all around in barren offices that contained nothing but desks and unadorned walls. Some sort of focus group I was in was worrying over why cheap, personal, portable bar units you could wear like a fanny pack were so popular. Downey/Pitt was one of those who had to get in on the action.

Calls were made. Moves were put into force. And, before you knew it, Downey/Pitt had his very own brand of cheap, personal portable bar unit. The infomercial used for the product (I don't remember its name, but it was something catchy and innocuous at the same time) was colorful, flashy and attention-grabbing. Accountings of the units sold, in insanely furious numbers, were tabulated by some firm which reported their consumption by the masses hourly.

Days later, a package arrived for me. It was a large, brown box. I opened it and inside were fist-sized stress relievers with brown LEDs inside them that lit up every time a bar unit was sold somewhere. Each of the stress relievers blinked incessantly and randomly. I took the box to where I knew Downey/Pitt was at, knocked and entered. He was slumped in a beanbag chair in nothing but his underwear, looking board as he watched the infomercial for the hundredth time. I handed him a stress reliever and he looked at it for a moment while rotating it in his hand, then tossed it to the side, bored with it.

In a focus group later in the day, Downey/Pitt and others, dressed nattily in three-piece suits, were crowded around news reports stating the steady decline of the sales of bar units. There were worried concerns all around; millions of units had been sold in the days prior and millions more were in inventory. Ideas were furiously tossed around the room what could be done to spur sales once more and a solution was reached, something about putting an added bonus in or on the units which would revitalize sales.

Decisions were reached and calls were made to put the idea in action.

The next day, there was the expected increase in sales as a result.

The entire dream was one big vicious circle with rising and falling sales, group meetings, revampings and glowering over television screens day in and day out. Nothing changed except the heavy disappointment in the air that money wasn't coming in followed by overly loud back slaps and exaggerated high fives when sales shot once again through the roof.

No one left the offices we were in, no one ate, no one had a life other than concentrating on the next big thing ...