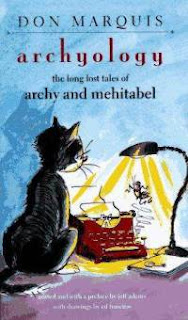 "Blogging since 2006 on topics ranging from knitting and quilting to cats and grandkids and travel. Started the second blog a couple of years ago (too lazy to look it up) as part of the Project 365 challenge, which I'm once again embarking on. I spent my first 20 years in Mass. then came to California for a year to teach in L.A. That turned into *cough* quite a few more years here after I met and married Himself. I've had an eclectic working life--taught, sold real estate, got a law degree, worked for EarthLink, Vroman's, and the TC school district, as well as the quilt shop. Been teaching quiltmaking for over 20 years now. I love books, cats and dogs, traveling and learning new stuff. Working on reviving my French for a trip to France later this year, planning to go East to my grandson's HS graduation and my college reunion."

I've had the pleasure of not only meeting Marie, but rescuing her phone, too. You can see her shenanigans on her blog mehitabel's musings as well as her photography at Mehitabel 365.

Food. Comfort.
When you think of "comfort food" what comes to your mind? Oh, I know what the foodie media associates with comfort food--usually it's the rich, creamy, starchy, heavy stuff. Or maybe they expect you to feed your "soul" on boiled greens and fatty ribs. Perhaps it's pasta slathered in Alfredo sauce. The chocolate pudding your mom used to whip up.
Generally, we find "comfort" in familiar foods, the kind that we grew up on. But what if your mom was a terrible cook? Then what? My mother was. Terrible, I mean. Part of it was my dad and the things he'd eat or not eat. Part of it was the times I grew up in, and the place. New England in the 40's and 50's (soo last millenium!) was hard living. Fresh food was abundant in the summer, when we could grow tomatoes, green beans, onions, pick fruit and berries off trees and wild bushes, and we'd make the most of it, canning what we couldn't eat right away. That would take us through the winter pretty well. But gourmet? Or even palatable?
I grew up on plain food. Potatoes were peeled and boiled and served plain. Meat was pan-fried most of the time, and cooked to within an inch of recognizability. Then I got older and got out in the world a bit. What a revelation it was that a person could put ketchup on meat loaf! Casseroles--mac n' cheese, tuna-noodle with crumbled potato chips on top. Spaghetti with "real" sauce, not a jar of canned tomatoes and some boiled ground beef. Parmesan cheese!
As sometimes happens, I found myself a married lady with children, and by default I was the chief cook (as well as the bottle washer, but that's a story for another day). Determined not to saddle my growing family with the hideous food I'd grown up on, and blessed with an adventurous husband, I started reading cookbooks and following recipes. (About that husband. He told me before we were married that there were only two foods he wouldn't eat, plain white rice and boiled ham. It developed that there were one hell of a lot of foods he'd never tasted or even thought about eating.)
Turned out that I was a pretty decent cook, and living in SoCal where fresh food was available pretty much year-round really helped. I even was able to adapt a couple of old family favorites to something my kids would eat. Take what my mom called Chinese Dish. It's a shepherd's pie, folks, with ground beef, green peas, creamed corn and mashed potatoes layered together and then baked till it's hot through and has a nice crust on the top. Amazing what using frozen tiny peas and actually seasoning the ground beef can do for a dish!
Anyway, one point of this essay (I generally get to the point sooner or later, usually later if no one stops me) is to share what is probably one of my kids, and their kids and everyone I've ever been to a potluck with, favorite recipes. It's called Cranberry Pie, but it's really more of a cobbler or buckle or slump or grunt or...well, you get the idea. No crust, no rolling out, no fuss, no muss, not much bother. Mr. Rupe will vouch for its tastiness.
Cranberry Pie (recipe from a La Leche League cookbook, circa 1971)
Preheat oven to 325. Butter a 10" pie plate (or an 8.5" x 11" baking dish) and put in it:
2 c, fresh cranberries (I just use a bag from the market. Sometimes they are fresh, sometimes I've frozen them. Either way works.)
1/2 c or so of walnut pieces
Sprinkle this with 1/4 cup or so of sugar.
Melt (in the microwave works well) 1/2 cup of butter or margarine (that's 1 stick; I use the stick I used to butter the pan) with
1/4 cup of vegetable oil.
In mixer bowl, beat 2 eggs well. Add 1 c sugar and 1 c flour, then drizzle in the melted butter/oil mixture. Beat it thoroughly. Pour this mixture over the berries and nuts, bake it at 325 for an hour or until the center is set and the whole thing is nice and brown. If your berries were frozen, it may take an extra 5 to 10 minutes.
You can cut this like a pie. It's especially good warm--let it cool for half an hour or so before cutting into it. That's usually enough time to get to the potluck! You can top it with ice cream or whipped cream if you like, but it's not necessary. It also makes a great breakfast food the next day or two.
No calorie count given, and as with many foods that are meant to comfort the body and the soul, none are really needed. Take an extra walk around the block, or spend a few more minutes on the treadmill. It's worth it.

(P.S. I've had a piece of Marie's cranberry pie fresh baked. It was fantastic. - Ruprecht)