Brittany Frederick is an entertainment and sports journalist as well as a fellow colleague. As you can see from her many gigs (below), she is way too busy, follows Dan Le Batard for a reason I have yet to determine and boasts an unhealthy interest in Adam Levine of Maroon 5. You can find her work not only at CliqueClack and CliqueClack Flicks but also Digital Airwaves | Starpulse | Examiner | Fanbolt | Bleacher Report | eSports and Yahoo!

As a child, with my head stuck in the pages of comic books, I had a different taste in superheroes. My favorite was Christopher Chance, aka Human Target. He didn’t have any superpowers or even a costume, but he was really good at what he did. I admired that because it felt real to me. I wasn’t going to get a Batmobile or learn to fly, but it wasn’t a stretch to think that I could put in a lot of hard work (and some bruises) and save the day.

Obviously, I never became a superhero (although I did get to meet Christopher Chance himself when FOX launched a Human Target TV series starring Mark Valley). But I’ve realized something about myself recently: I’ve become a hero in my own way.

Sure, being an entertainment journalist is a far cry from stepping in front of a bullet; I know that first-hand, having been steps away from joining the Los Angeles Police Department a few years ago. Yet over the course of the last eleven years, I’ve been privileged to not only meet but learn from an amazing group of people, and then to turn around and reach out a helping hand to others.

I look at the people who’ve become part of my life and I can’t believe that I’m so lucky. It’s one thing to discover a new favorite TV series (that was Brotherhood), but another to count the man who created and wrote it (Blake Masters) as one of my friends, and have him invite me to call him up if I ever wanted to talk about the show. He’s not the only writer I’ve gotten a chance to learn from. Law & Order: UK scribes Emilia di Girolamo and Terry Cafolla are pals of mine who not only discussed the episodes with me as they aired, but sent me a copy of one of their scripts so I could study it. Aaron Sorkin wrote me a very sweet note that’s framed in my office. And Human Target creator Jon Steinberg emailed me personally to tell me how much he enjoyed my writing about his show.

One of my dearest friends is the truly talented actor Coby Bell of Burn Notice and The Game, who’s supported me just as much as I’ve been a fan of his. Coby and many other actors have given me a whole new appreciation for the craft. Law & Order: UK star Ben Daniels has given me plot ideas for my novels. Nikita star Shane West is someone I have a deep respect for, as he’s made me a better writer through our conversations about his work. Last year, I had coffee with my childhood favorite actor, Linden Ashby, and we email each other often. In October, I spent an hour picking the brain of my all-time favorite actor, Robert Patrick, because he invited me to. And I count as friends two more people I’d put on my all-time list: Suits stars Gabriel Macht and Patrick J. Adams. Not only has it been eye-opening to watch them work, but both of them were happy to spend time with me and share their views. I’ll never forget the most recent conversation I had with Gabriel, where he was actually asking me about my writing. It was humbling, awesome, and lo and behold, talking it out with him ended up giving me more ideas. I still think I wouldn’t be a very good actor myself, but I’m a student of the craft thanks to all of the knowledge I’ve had the chance to glean.

When I decided last year to take up music, it was because I was inspired by the best – and I can say the people who inspired me are the same people who have helped me. 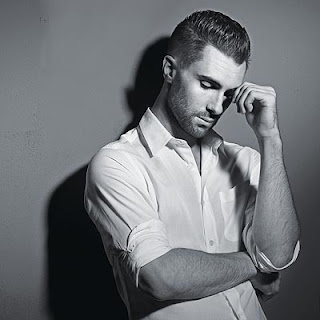 Grammy Award-winning musician Adam Levine is my hero, but he’s also become my mentor, because I’ve gotten to know him. There were so many talented performers that I met on The Voice, and I can reach out to any one of them when I need help. Tim Mahoney and Casey Desmond gave me advice and encouragement when I auditioned for the show’s second season. Beverly McClellan invited me out when she played my hometown of San Diego, and as we were sitting in the green room, told me how happy she was that I was there. Nakia had his publicist specifically call me up because he knew he wanted to work with me. Jeff Jenkins turned the tables on me and told me how much he enjoyed me interviewing him. Blake Shelton encouraged me not to give up on my aspirations. And that’s all before we get to Jesse Macht, who started out as “the brother of one of my favorite actors,” and has since become a good friend and an inspiration to me as a musician. When I pick up my guitar, I do so knowing that I’m surrounded by remarkable musicians. Some people dream of playing with world-famous bands; I dream about playing with Jesse or singing with Adam and know that it could actually happen someday.

I have the opportunity every day to become a better person because these people have welcomed me into their lives. It’s a mind-blowing thing to know that I have people I can turn to for nearly anything I’m doing – and not just any people, but people I consider to be the best at what they do, many of whom I was a fan of well before we ever met. I talk to some of them regularly and some of them not so regularly, but they’ve all taught me something, and I know they all support me.

And thanks to them, I’ve found my opportunity to save the day. I have the power (and the means) to help other artists, actors and writers – to tell their stories. I’ve had some of those same people use quotes from my articles in their press releases and on their websites. I’ve been called “sweet” and “genuine,” “heartfelt,” and someone’s hero. I’ve had more than one person tell me how they appreciate my help in bringing awareness to their work or the things about which they’re passionate. I’ve been somebody’s first call, and that always makes me smile. I’m in a position where I don’t have to concern myself with hits or headlines. Whenever I get an email or a phone call of thanks, or have someone tell me they discovered something they love because I said something about it, that’s what makes my day. It might not be earth-shattering, but I know for certain that I’ve made a difference in people’s lives. That’s how I’ve gotten to be a hero after all.

Sure, I wouldn’t mind having a Batcave or being able to move things with my mind. But I get up every day and know that I have the support of my hero and that many of the people whom I’ve admired are now the same ones that I call friends. Aspirations have been attained and others made that suddenly seem plausible. It might not be glamorous but I’m living a life that I could only have dreamed of, and I continue to learn and love every day. Not bad for a comic book geek from a small town.
Posted by Ruprecht at 8:01 PM