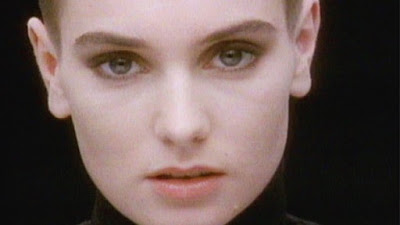 With the surprising and unexpected passing of one of rock and roll's most singular voices, my "Prince" story isn't really mine at all.

It is. But indirectly.

In actuality, it's my son's story. But he's my son so I have the right to write about it.

In early 1991, Sinéad O’Connor released "Nothing Compares 2 U" (originally written by Prince). It made waves when it debuted, the accompanying video saw massive airplay on MTV (Music Television) and was a worldwide #1 hit in many countries. O'connor's video lent a striking take to the music, the majority of it involving nothing more than her bald and powerful portrait singing to the camera. It was polarizing. For me, that was part of its appeal.

And it was for my son as well.

When the video appeared, it didn't matter what he was doing at the time. He dropped his toys. He quit jumping around. He became still, silent as a tomb and was motionlessly transfixed to the television screen, wide-eyed while watching the song play out. I watched him often during these times; he barely seemed to breathe.

Despite the fact he wasn't even two years of age, I don't mind bragging I did a good job of introducing him to all sorts of music to fill his mind and fuel his imagination. Some favorites included BTO ("Takin' Care Of Business"), The Cramps ("Chicken") and a heaping helping of oldies, Bowie and lots and lots of standards.

But it was always "Nothing Compares 2 U" that isolated the child into single-minded focus, no matter how many times the video played on the screen.

To this day, I don't know if he even remembers that. I'm going to have to ask him ...