This Could Be What The Beginning Of Alzheimer's Looks Like ...


Not long ago, I was helping to cook dinner. A television was sounding off in the background behind me with some program that caught my attention, an intense situation or other which triggered a thought:

"You know what I ended up falling to sleep to last night?" I asked my cousin who was preparing one thing while I was preparing another. "No Country For Old Men, with Javier Bardem playing that strange Anton Chigurh character. I only caught a bit of it, but what I saw was interesting."

She replied: "Wait ... isn't that that movie with that cowboy guy? Kind of grizzled? Chased Harrison Ford in The Fugitive?"

"The guy who was after Harrison Ford?" 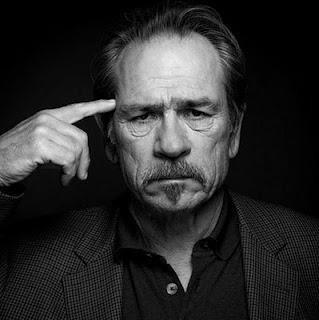 "Hmmmmmmmm ... he's on the tip of my tongue. Just can't place his name. And he's been in everything. Damn! Now that's going to bug me until I figure it out."

"I'll just go look it up on the computer."

We belabored the question in a myriad of ways. We shot off movie after movie after movie after movie trying to figure out who he was. (Of course, it was Tommy Lee Jones we were thinking of, but we just couldn't put our collective finger on his name.) Men In Black, Rules Of Engagement, Space Cowboys, Batman Forever, Natural Born Killers, JFK, Lonesome Dove ... nothing. We just couldn't place it. Cripes ... we even went back so far as Barnaby Jones where he played a doctor. Still didn't trigger any memory.

My cousin gave in first and headed for the computer. "Don't you dare tell me who it is, cheater!" I yelled after her.

She came back a minute later with a Cheshire Cat grin on her face. "You're going to die when you hear who it is ..."

"Don't! Don't you even think about it! Don't tell me who it is! I've at least remembered he has a unique name of some sort ... I think he goes by three names or something." I was pretty confident on that part.

But, as hard as I set my mind to the task, my mind was a desert.

"I'm telling you who it is," my cousin told me.

I glared at her.

"Wait," she said: "What movie were you talking about he was in again?"