It was loads of fun to do. I recommend it highly.

Patty liked the Philadelphia Phillies in the National League Championship Series. I liked (and always have) The Los Angeles Dodgers. It was a match made in heaven to get us together and bet on the game.

The bet? Whoever loses wears the opposing team's colors, et al and posts pictures of same. It's a simple bet. And that's what makes it all the sweeter.

I must admit: It's usually a chore for me to lose a bet. But I had no qualms about losing this one.

Oh ... I grumbled and grouched and anguished mentally when my beloved Dodgers bit the dust with barely a whimper. They practically laid down their arms and gave up the fight, it seemed. Hard to swallow.

So ... under these circumstances, wouldn't it be equally difficult to come to terms with the ground rules of the wager? One would think so.

A bit surprisingly, however, at the final out and with the realization I had lost the bet ... no sinking feeling ... it wasn't a problem. I was actually looking forward to honoring my end of the bargain.

And so ... here it is. In glorious color, for your dining and dancing pleasure. Without a whimper, without a (genuine) tear shed.

Congratulations, Patty, to your Phillies. May they do well in the World Series.

I will be rooting for them ..... over those dastardly, pinstriped New York Yankees ..... 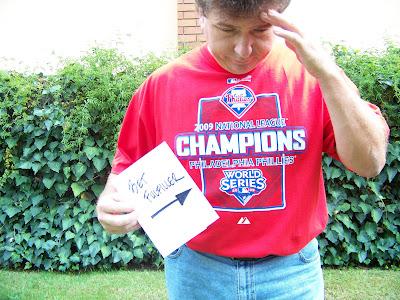 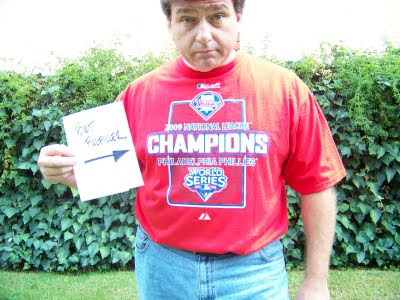 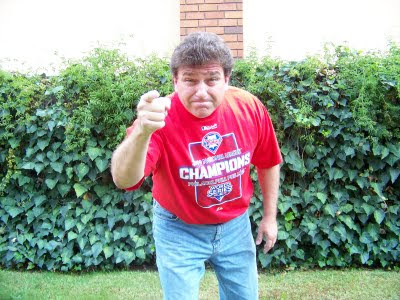 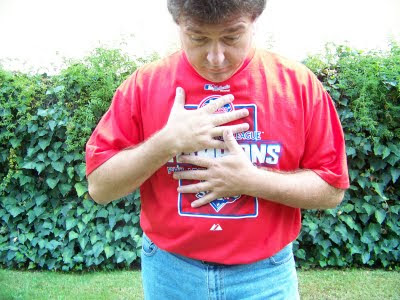 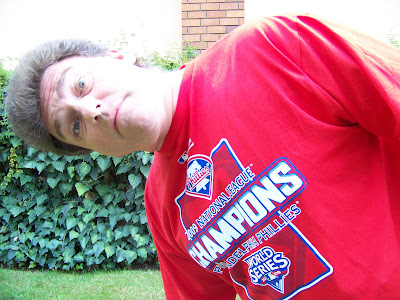 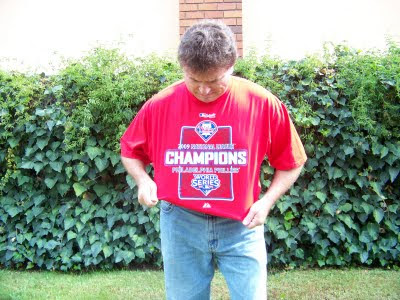 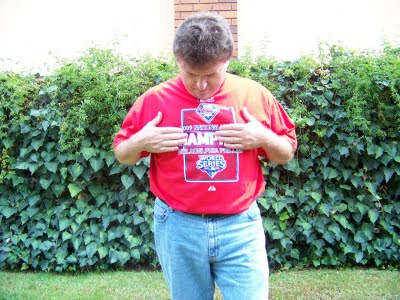 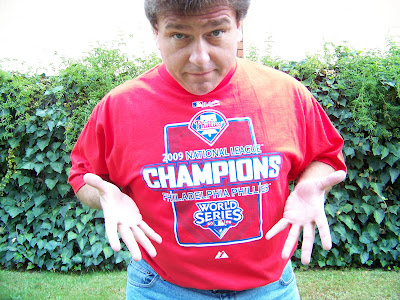 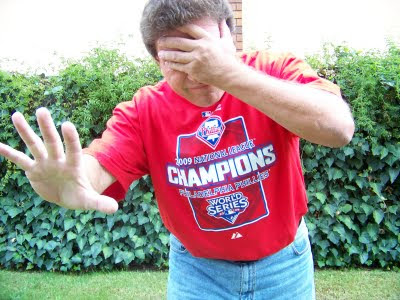 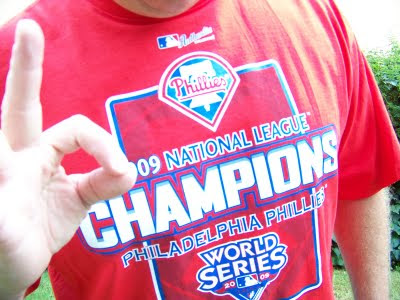 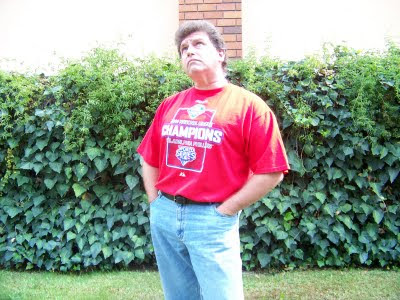 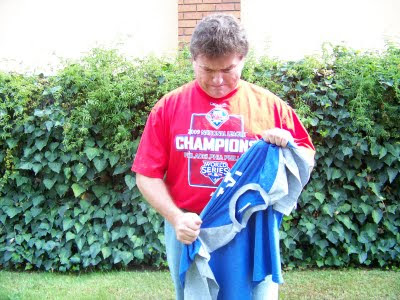 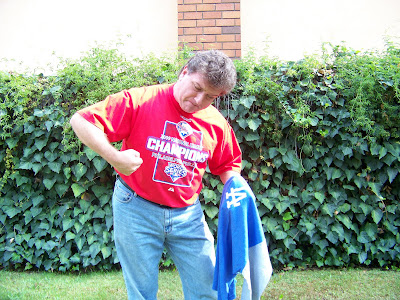 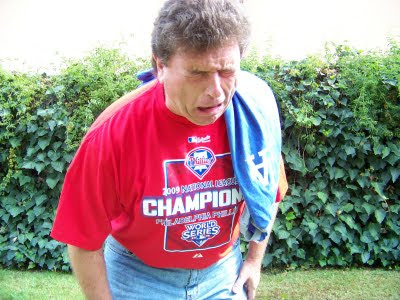 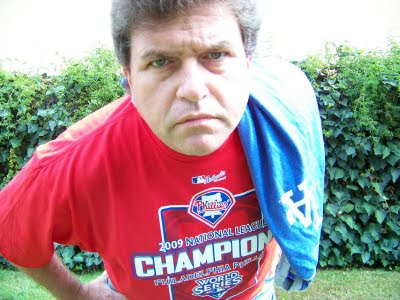 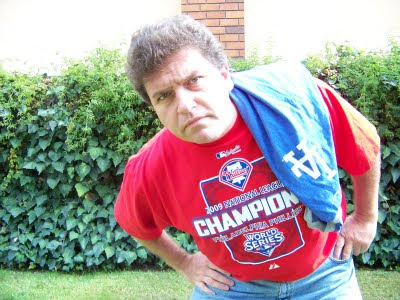 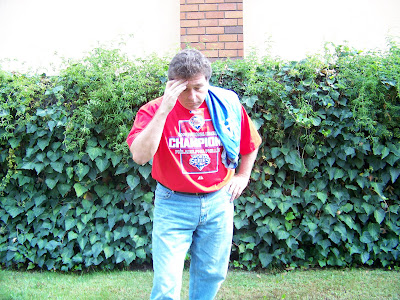 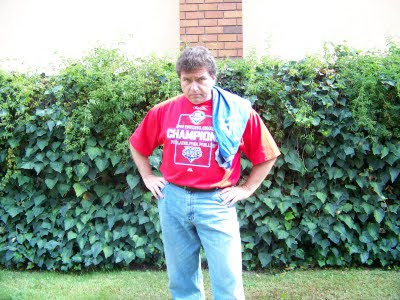 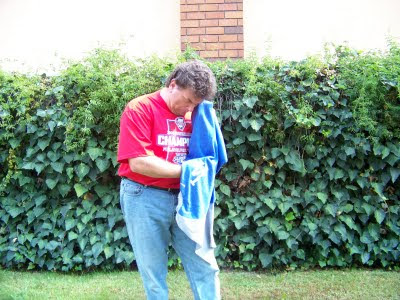 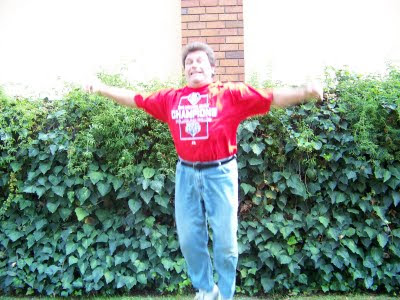 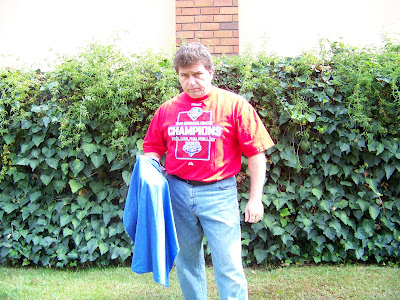 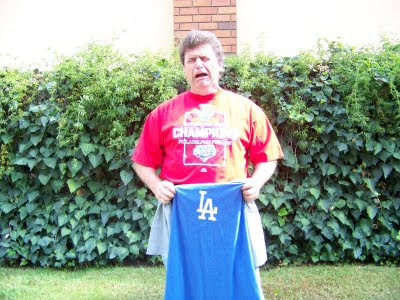 Oh. And, just to make things a bit more fun and take the wager a bit further, I wore said shirt out in public, too. I did so while picking up my youngest daughter from school.

The look on her face says it all: 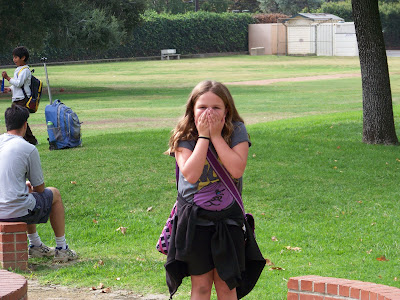