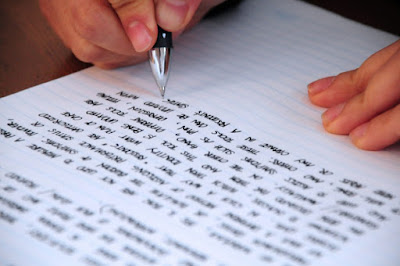 I have in excess of 500 posts on this blog alone. Another 900+ on CliqueClack, the television / film site I used to write for before it went dormant. Another couple hundred plus at The Unbelievables site co-written with some good friends and probably close to 200 more on Hotchka, another television / film site I currently blather on. Hundreds more broken up on several other blogs I possess not to mention probably the same amount on fellow social media friends' sites and blogs, guesting and co-hosting.

What that translates to is a lot of writing. Not near as many as some, quite a bit more than others.

Along the way, I've angered, informed, sarcastigated, offered some boneheaded theories, proffered my own brands of justice / worry / knowledge / comedy and more.

But when it comes to this particular blog - Rupe's Value Added Services - which has been in existence for 11 years, I've never topped 100 posts in any given year. Yes, I've written 200 posts on average combined, yet I haven't on my own personal scribble-site. (The lone exception is my photo blog - F ( STOP) where I have 1,000+ postings over the course of 9 years. There, I have 4 years in a row running of 100+ postings ... but it's not a true writing site in my eyes.)

Well ... that changes with the unfurling of 2019. It's a personal goal of mine to cross that 100 post threshold next year and, by golly, I'm determined to do it come hell or high water.

I still have tons of thoughts and fodder to put down on virtual paper and only I can stop me. But ... I'm not going to. If that makes any sense. And it does to me.