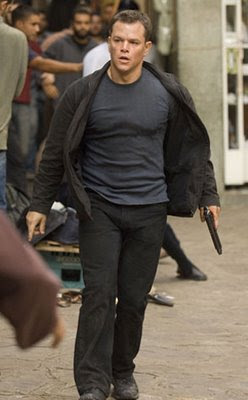 Ashton Daigle retaliated. And, in accordance with Maria's Got Questions, Rupe submitted to further monkey business.


..... Rupe, more than anyone I’ve really ever had the pleasure to meet, does things to the English language that I’ve never seen done before. Call’em Rupisms if you will, but they are many and varied. Examples: Wassabi; Frolickery (I still can’t spell that one); workery; and my all-time personal favorite “Morganin” How did these come about? Is this something you’ve been doing all your life? A little background please; and maybe a few new ones to add to the arsenal.

Rupe does have a way with butchering words, don’t he?
Rupe likes words. Rupe digs punctuation. Rupe detests emoticons and LOLs and OMGs and crap. (Though, Rupe must admit, he enjoys the occasional “Kthxbai!” That’s so funny to Rupe ...) Rupe digs researching words and phrases. (You might recall Rupe’s aghasticity (say THAT three times fast!) over the word “taint”. Rupe thought he’d never be able to use it again ... nor listen to Tainted Love without feeling guilty. But Rupe nipped that in the bud.

Rupe’s an English Major. (And just an okay one at that.) And Rupe ... he do dig the English language ... difficult as it might be. Rupe zipped through all his English classes in school and begged for more. Rupe even gets carried away oft times in his explanations and such. Writing’s a kick, ain’t it?

(But Spanish is so much easier. You got five freakin’ vowels that sound exactly the same, no matter what word they’re nestled within. Verbs? Just a few. No such thing as a Thesaurus in Spanish as far as Rupe’s concerned.)

Wasabi: Rupe can’t take credit for this one. A friend of Rupe’s began using it off the cuff years ago and Rupe adopted it. For those who don’t know it outside it's usual "Japanese horseradish" normalcy, it’s Rupe’s way of asking “What’s up?”

Frolickry / Workery: Yup. Rupe uses these all the time. You know zactly what you get with those words.

Wife of Rupe and Rupe have our own language, matter’n fact. We state things that are off the cuff, yet know precisely what the other is talking about. For example, a good word for something you can’t pinpoint ‘cause you’re experiencing a brainfart is “Whochamuhwaggit”. We say this often and know precisely of what we speak when offered. “Hey ... where’d the Whochamuhwaggit go? I saw it just last week!”

I call my girls “goof” and “gaff” and “chunks” and “giff”. No explanation as to why - they just work. Wife of Rupe is called “weed” sometimes. I exclamate tons with “Egads!”, “Chihuahua”, “hoij”, “Cripes!” and more. “Ungapotchkin” (pronounced "uhn-guh-potch-kin") is a favorite. (“Looks like you gots a little ungapotchkin on your lip, there. Need a napkin?”) You know how some people say “on and on and on” and “so on and so forth”? Rupe says: “Well, he said this, then he said that, followed by the other ... biddup, biddup, biddup, biddup, biddup”. (I even have a buddy of mine who called me on this, stating I got him saying “biddup” in the exact same manner as does Rupe. Influence and subconscious mutterings! They’re beautiful things ... !!!

Rupe uses many, many foreign words and phrases lots as well. S’not verboten for Rupe to do so.

So: Where do all these derivations and bastardizations and scatological vocalizations come from? Just Rupe’s fertile mind, s’all. I used a few up top there without even blinking an eye ... did you notice? “Zactly” (sometimes “zachry”). “Matter’n fact”. You’ve no doubt noticed Rupe uses “ownself” and “if’n” bunches.

Y’see, the way Rupe figgers it, that’s what English is all about. It’s a spiffy language. Rupe’d hate to have to learn it, however. That would be a monumental, Herculean task, ‘specially for someone just coming over here from somewhere else.

Fun, fun stuff. And at no charge.

..... This one has a couple parts. On more than one occasion Rupe’s mentioned his New Orleans days. Did you ever live here? How did you come to live here? How long did you live here? Why did you leave?

Rupe worked for a general contractor in his younger days. He hip-hopped all over the country building Sbarros pizza joints in malls. Ordering peach mirror. Contracting out for shiny floor tile. Razzamatazzing with the inspectors. For a glorious eight weeks or so, Rupe worked in Nawlins and lived right off Bourbon Street on Toulouse (700 block, if memory serves); upstairs apartment for two, spacious, cozy and accommodating.

And Rupe loved Nawlins: Aaaaaahh, the shrimpys. The hush puppies. The dirty rice. Jackson Square. Café Du Monde. The Cafe Au Lait in the hot, steamy morganin'. The tempting beignets. Fried catfish sammiches. Po’Boys. The cobblestones. The architecture. The cemeteries. The music. The revelry. The culture. The crawfish. (Suck them heads!) The voodoo shops. Rupe bar hopped and hung out and made tons of friends. Many of them were gay. ("Aren't you cold?" "You see any goose bumps on these legs?" "No ... would you like some?") But they knew to keep their distance from Rupe. Man, were there stories.

Awwwww ... but it was fleeting. When you’re having fun, eight weeks zips by pretty quickly.

Last time Rupe was there was about 10 years ago to attend the funeral of his Uncle Zoray. (Big Ears, in French.) Rupe still has relatives in Reserve - outside New Orleans - and the surrounding parishes. Yup. Rupe misses The Big Easy.

..... Well, things are dwindling down now in the NFL. Neither my Saints or Rupe’s Raiders came close to making the playoffs. We’re left with AFC and NFC championship games on Sunday and then Super Bowl. I want Rupe’s picks for all three games; with supporting explanations.

The thing is, Rupe hasn’t had much of an opportunity to follow pigskin much over the course of the last few years. Used to hit the Monday night parties and swarrees pretty heavily in the day.

And yes: Rupe’s a big Raider fan, I don’t care who says anything differently.

With little football watching beneath Rupe’s belt this season, Rupe still marks the Eagles over the Cards and the Ravens routing the Steelers with the Ravens taking the trophy. Why? Gut feeling. Yeah, Rupe knows: Poor excuse for a supporting explanation ... but it is what it is.

When Rupe was a kid, his grandfather used to recycle. And this was way, way, way before recycling became fashionable, green or the right thing to do. (Green. Yeah, right. Green in those days was something that needed to be tossed out of the icebox as it was no longer edible.)

And Grandpa, well ... Grandpa was a son-of-a-gun, let Rupe tell you. He had tiny Rupe putting little pebbles in the cans before crushing them to weigh them down ... get more bang for his efforts. Rupe didn’t know any better. Rupe was just havin’ fun searching for pebbles and dropping them into the cans. 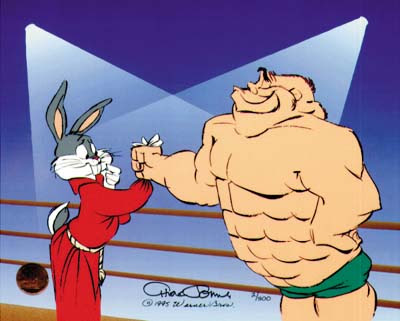 Rupe even has a Crusher ( ... in his best Bugs Bunny referee announcer voice, yells: “The Crusher!”) to assist in thinning the bulk out of the cans so’s Rupe can get more cans, more weight, more return cash. (Rupe usually stomps'em though. It's a workout.) You see: In California - as in many states - we pay a CRV. A CRV is a "California Redemption Value' - a deposit paid on purchases of certain recyclable beverage containers. The reason? Well, there’re three: 1) To encourage recycling, 2) To discourage littering, and 3) To generate revenue from unclaimed redemptions and sales tax on the CRV. (What a load .....)

Rupe’s even dragged bags and bags and bags (more than a few hundred pounds, Rupe imagines) of crushed aluminum cans from Utah to California to recycle. No CRV in Utah ... but you still get the redemption in California! Zounds!

But Rupe does it cause it’s right, too. (And ‘cause if Rupe doesn’t, he’s giving away that CRV each and everytime he picks up something at the store that he has to pay a redemption value on! Hell, no! Rupe’s hard earned dough isn’t going to the government any more than it has to! Bugger!)

And even if Rupe didn’t get any cash back, he’d still recycle. Rupe hates litter, you see ...

..... And, although this one is slightly lacking in originality; as it was a question Rupe; I have to ask…cake or pie??

Cake. Hands down. German Chocolate, to be precise. Though, I had a Brown Spice Cake made ‘specially for me by the boss’s wife last month for my birthday. Man ... that one was delicious. And cupcakes - made just right - well ... I can put away a few of those.

Not to say that the neighbor we used to live next to didn’t do a doozy of a cake for birthdays.

(Weird, though. That neighbor hides quarters in her cakes. Her whole family does. Person that finds the quarter ............... I don’t know. Good luck? Doesn’t have to do the dishes? Buys gas for the family for a month? Rupe has no idea. It’s just the thought of a quarter in a baked cake, y’know? Don’t they know how many people handle the average American quarter?!? And you know they don’t sterilize it or wipe it off or run it through the dishwasher or nuthin’ a’fore putting it in the cake. It’s almost enough to make you not want to eat the cake.)

But Rupe digresses. She does make a good cake ....

So. The answer is cake.

.....
Unless, of course, we’re talkin’ pie. Oooooooooooh. Cherry pie. Warm cherry pie. With sweet crumbles on top. And a hunka Breyer’s Natural Vanilla on top, meltingly slipping down the side of the warm pie. Mayhap a nice slice of sharp cheddar to top it off. Rupe’s mouth’s waterin’ as he writes this.

And Dutch Apple with crumblies atop it. Yummy. And Custard Pie. Oh, my! Custard pie! Rupe does dig the custard pie. Even the McCrappage apple pies (sacrilege!) are rather tasty if it’s a quick bite of pie your looking for. But, I have to agree with you, ash: On the run, a Hostess Pie purchased from the local town pump is a breakfast in and of itself. Especially if it’s a cherry pie. Rupe does have the tendency to lean toward the cherry pie. That’s if, of course, there’s no home-made Cocoanut Pie lying around, waiting to be done away with. The person that knows how to prepare the perfect cocoanut pie should be relegated to upper-crustedness when it comes to pie creation.

So. The answer is pie.

Dammit! This is harder than I thought. Look: If there is a cake and a pie sitting there on the table and one looks more delectable than the other, than that’s the winner. Less, of course, your a’hankerin’ for the other one, I don’t care how good the competition is. Then that’s the winner.

But ... you really need an answer and I don’t want to disappoint.

And as a special bonus question (bring your dog ‘round and we’ll give him a bonus, too), just ‘cause he could ask it, Ash queries:
..... Has Rupe ever worked in journalism before?

Rupe has been many things, done many things. (Some too sordid to mention.) But always with a twinkle in his toes and a smile on his lips.

Journalism, however is not one of those things.

But don't forget the rules....

You have to link back to the The Immoral Matriarch and Rupe's post and include the following in your post:

Want to be part of it? Follow these instructions:

1. Leave me a comment saying, "Interview me."
2. I will respond by emailing you five questions. I get to pick the questions.
3. You will update your blog with the answers to the questions.
4. You will include this explanation and an offer to interview someone else in the same post.
5. When others comment asking to be interviewed, you will ask them five questions.