The final day of National Blog Posting Month, the 2017 edition.

In truth, it seems like it went by in a rush. All of a sudden, the final day of November is here, Thanksgiving is a distant memory and the last month of the year - with all its pageantry, decorations, lights and music - looms large.

Does that mean the curtain is coming down on blogging, sharing stuff and doling out vital information that needs be doled out for your personal edification? 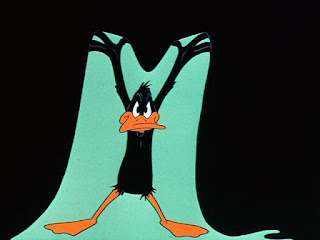 It's just an end to NaBloPoMo, that's all.

I can satisfactorily state, with emphatic aplomb, the commitment of this little exercise wasn't as difficult as it initially appeared. Blathering each and every day, 30 individual times without a break and without preparing posts in advance ... couldn't that lead to some possible anxiety-inducing disquietude?

Nah. All it took was a little extra thinking, a bit of delving into the past, a few first-hand situations and some imagination. (And, yeah ... I've got imagination to spare, as evidenced by some of the topics I've provided over the course of the month. Possible Nutcracker Of Death, anyone?)

I still have yet to seriously delve all the other participants' blog postings. But I love reading, so that won't be a problem. While I might have set a goal for this week, it's taken a different path and shoved my whims and desires by the wayside.

So ... it's been fun. And inspiring. And enlightening, too. I hope those who have partaken of my assorted brands of monkey business have either been entertained or learned sumpin' useful. Or not.

Hey, who knows? Maybe I've even won you over on something ... 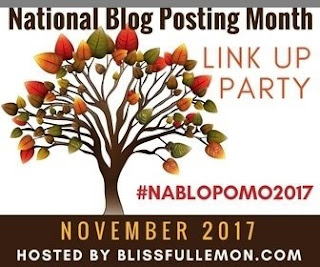 Of course, at the very end of it all,
the damned logo has finally gone and righted itself ...