What Does Harry Dean Stanton Believe? 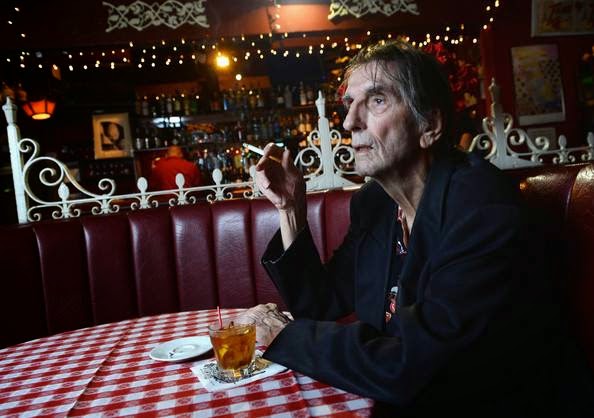 (sic) " I'm 87 years old...I only eat so I can smoke and stay alive.. The only fear I have is how long consciousness is gonna hang on after my body goes. I just hope there's nothing. Like there was before I was born. I'm not really into religion, they're all macrocosms of the ego. When man began to think he was a separate person with a separate soul, it created a violent situation.

The void, the concept of nothingness, is terrifying to most people on the planet. And I get anxiety attacks myself. I know the fear of that void. You have to learn to die before you die. You give up, surrender to the void, to nothingness.

Anybody else you've interviewed bring these things up? Hang on, I gotta take this call..... Hey, brother. That's great, man. Yeah, I'm being interviewed... We're talking about nothing. I've got him well-steeped in nothing right now. He's stopped asking questions."

When I first read this, it confused me. I read it again. And again ... and again.

I don't subscribe to what Harry says. Not completely at any rate.

"You have to learn to die before you die." How does one do that? And are there a lot of people out there willing to want to learn? I don't believe there are. A lot of people shun death, don't want to think about it.

Reading what he wrote, I saw the "wisdom" of his words. And, at the same time, I saw the futility of them, too. Mind you, I'm not judging him. What he believes and how he wishes to "go" shouldn't be taken from him. It's his belief after all. He states he's "not really into religion" but his belief is his religion.

Not long ago, someone was discussing one of her idols, Johnny Depp. She couldn't believe what she'd read about hm recently, something which completely turned the tables on her feelings for the man.

I've never idolized the man. I have appreciated the man and his actin craft for a long, long time. And despite the fact his words don't correlate to what I believe, that appreciation won't diminish.