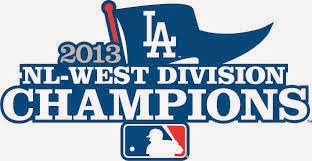 Hokay: Who's the comedian?

Is somebody playing an April Fool's prank on baseball fans? Or is it simply that whoever is working the Major League Baseball schedule is daft?

It's not that I don't appreciate the shellacking the Dodgers gave the Arizona Diamondbacks in Sydney, Australia a couple weekends ago. (The Dodgers took the two-game series Down Under. And, while I appreciate the international promotion MLB put on, did we really have to fly all the way down to Australia to play those games? I don't want to guess what that little 2-day round-trip jaunt totalled.)

I'm not even perturbed at the loss to the Padres Sunday.

Here's what I can't fathom however:

No game Monday? What the what ... ?!?? I can understand if the game was rained out - it's a mite bit difficult to play a ballgame in the rain. But there wasn't any rain in
San Diego Monday evening.

One game played for the Dodgers in the regular season. And then?

They get a day of rest.

It gets more ridiculous. The Dodgers have the next two Thursdays off. Oh ... and the next two Mondays as well. Plus! The last Monday of the month.

It must be the travel schedule; that's what's throwing a wrench in the machine ... right? Jet lag. That's it? Correct?

No. No, it isn't. They play the San Francisco Giants, the Detroit Tigers and the Diamond backs once again.

Hmmmmmmmmmmmm ... hold on ... I know why: They have to travel to Detroit. Right?

No. All the those series are on the Dodgers' home field.

Interleague this early in the season!?? Shouldn't the first month of the 2014 season be dedicated primarily to opponents in the division?!? Yes, it should.

Should we have interleague games in freakin' April? No, we should not.