A Bunch Of Different Passings ...

What an interesting day it's been so far.

And it's not over yet.

I retired last night knowing a good friend of mine - one who I've never met in person - was in a critical state and hospitalized.

This morning, I got the news she passed.

It brought me incredible sorrow and I mourn the loss with the deepest condolences to her family and with a sadness I haven't felt in a very long time. 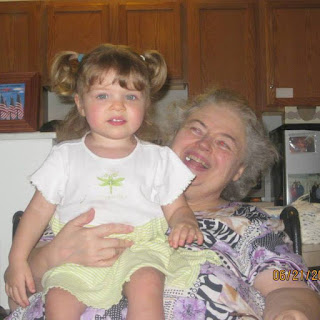 I "met" Debra Cox in one of her personifications on the American Idol website along with a gaggle of other acquaintances during the 5th season of the show. That was some 10 years ago. Since that time, Debra has followed and "talked" with me through many a blog and website and social media incarnation. I could always count on her commenting or contributing something to my writings, be it a piece of wisdom, some humorous anecdote or a left of center side note. She was a Godly woman who made me laugh, shared some of her deepest concerns with (from what I gather) a very few close friends (of which I was one of them to a degree) and she gave me what-for a handful of times with regard to my thoughts. All of it was welcome.

There will be a hole in my heart at having lost such a genuinely caring and thoughtful soul. I will dearly miss her. 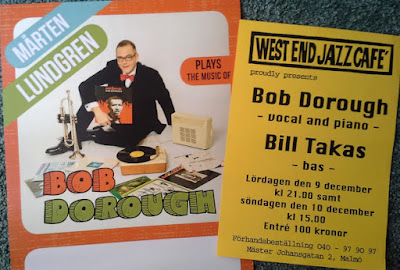 On the flip side, I received an interesting package in the mail today, posters from Sweden of a musician who does his take on artist Bob Dorough, one of my favorite artists. Yes ... from Sweden. The gentleman who sent them to me was gracious enough dig them up and shoot them my way out of the goodness of his heart. I owe him a favor ... and soon. 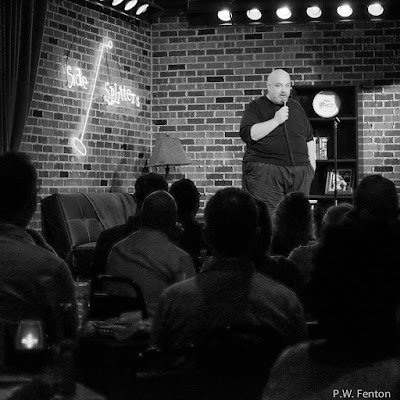 The photographer obviously lives in a black and white world.
But Clark looks great in it.

Additionally, my friend Clark Brooks seems to have had a swinging and successful outing at Side Splitters on the left coast of the continent. If only I was closer to be able to support him and his efforts ... which are pretty damned good.

I built a table of discarded wood today, got another job offer (which ended up conflicting with the job I'm currently at now) and I'm entertaining a hundred thousand thoughts and concerns inside my head ... because I'm obviously bored and don't have anything to do. (Those who know me well know that's a bald-faced lie.)

And I haven't even taken off for work yet and I'm exhausted.

P.S. One of my favorite albums - XTC's Drums And Wires which launched my love affair with the band - was released 36 years ago this very day, too.