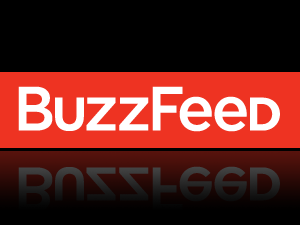 Don't BuzzFeed. Don't ever BuzzFeed me. You'll be wasting your time. But ... if you're BuzzFeeding, you already know that so ... never mind.

No, I don't know nor care which food I'm most like, which soft drink I would make the best spokesman for or what number I would look like if I looked like a number.

I could give a flying farce which Seinfeld personality is most like me nor which Big Bang Theory / Veronica Mars / Lost / Breaking Bad / Mad Men character would best go with a particular part of the country. (Those who know me know I have never seen an episode of Seinfeld so you really know the pointlessness of that ...)

I have no clue what color is antagonistic to me at a given altitude, what roller coaster is closest to my shoe size, which pizza topping I would be likely to find in my purse (if I carried one), which flavored water I'm partial to, if I would make a better blond / brunette / redhead / bald person or which of my five senses I would prefer to lose if I had to lose one.

I don't give a rat's ass which celebrity I would gravitate toward if I went gluten free, I can't fathom what name I would name the General Lee if I were in charge of such a naming and I won't suggest the next title or villain in the next Star Wars film.

I don't care which 80s song best represents me, what classic bombshell I would date back in the day, which archaic word I would bring back if I could make one popular again, which tile style my brain looks like, what year I would prefer to be reborn in, which cat breed my ass looks like, what state I would live in if I could live in any state I wanted nor which luchador I would like to go up against if the world depended on me to go up against one next week.

So ... here's my suggestion, BuzzFeed:

Buzz on by me.

Thanks in advance for your time and consideration.