What Part Of "Barq's" Don't You Understand? 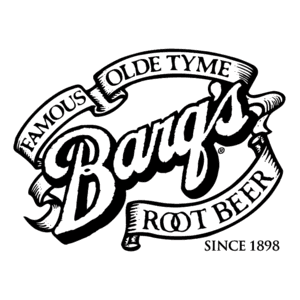 Two weeks have gone by and - Wouldn't you know it? - I find myself back at Chick-Fil-A once again.

Not my choice of a quick dinner while on the go. (As a matter of fact, the next time we're out, I'm picking the eatery for a change of pace.)

You know ... I never have understood the attraction of Chick-Fil-A. I've frequented their locations a handful of times - the majority in the last year - and I haven't yet had anything that strikes me.

Well that's not necessarily true. When there those few weeks ago I included a side of coleslaw with my order. It would have been completely unremarkable except for one thing: Chick-Fil-A shaves their slaw into such small particles it has the consistency of chewing grains of sand. It's barely coleslaw; it's more like eating flavored shavings. Yeah, that was the impression the stuff left me with. At least, I can say I've tried it. And no need to go back to it again.

Anywho, everyone else had ordered and I was last up. I requested the same thing as previous, a spicy chicken sandwich meal. This time noted there was hot sauce available as one of their condiments. I could make the sandwich taste as if there was a bite to it being the description ("spicy") was deceiving. (Interesting Side Note: This time around I was asked by the service person what type of cheese I wanted on the sandwich. The image displayed and stated on the menu board plainly states the item comes with pepper jack cheese. Being given a choice point blank upon ordering leads me to conclude Chick-Fil-A simply enjoys messing with my head.)

Understand: As far as fast food joints go, the place isn't bad. It's just, well ... dull. There's nothing that stands out about it. (And even that's not completely true. The employees? They're overly nicey-nice. They exude a kind of suspicious scrubbed-clean fakery to the point they lean toward a somewhat creepy side. They're kind of like a clean version of "children of the corn" - you know they're going to show up at your doorstep in the middle of the night to do you harm. (Of course, I jest ... I think ...)

At any rate, my order put in, I was asked what drink I wanted with my meal. "Barq's, please" I responded.

"What?" the service kid asked me quizzically.

The kid leaned closer to me obviously befuddleded and asked again. For the third time I said "Barq's." I was speaking English and I know I was speaking loudly enough for him to hear me; I wasn't privy why there was a disconnect. He looked at me with a bit of a crinkle in his brow, appearing not to want to ask a forth time.

"Oh! I'm sorry! I didn't even know that's what it was called," he fumbled.

Inwardly I sighed to myself, but didn't say anything. My drink was filled and given to me. I thanked him and went on my way.

"Why didn't you just tell him you wanted root beer?" I was asked by a member of my dinner group.

"Look: The founders of Barq's have done a hell of a job branding their product and establishing a niche in the soft drink arena. I would be doing them a huge disservice if I called out Barq's with the common terminology of "root beer" ... which their beverage isn't precisely. Not to mention if there were any Cajuns within earshot they would have lambasted me ... and understandably so with regard to my lack of respect toward the product ..."

I was rewarded with an eye roll.