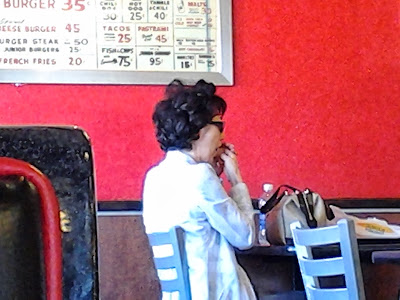 Autumn. It's been with us a few weeks now.

The changing of the seasons. The demarcation of summer into fall. When the leaves begin turning colorful hues. When the arrival of the evening comes noticeably earlier. When temperatures start dipping and we begin to feel cooler breezes waft through the air.

Some call it the "autumnal equinox." Others "fall." But autumn doesn't just guide the above into our notice. It isn't merely the harbinger of end-of-year holidays and festivities.

Apparently, it also ushers in the "fall" of common sense, too ...

Over the weekend, I found myself craving Chipotle, a favorite fast food joint, one of the very few I really like. I'm a big fan of their barbacoa burrito with all the hot, spicy fixings. With an early dinner savored and completed, I started leaving the establishment only to be virtually steamrolled by a couple of incoming patrons.

Now, generally, it's a common courtesy to hold the door open for folks, whether you're coming or going. At least it is in my sphere of influence. The courtesy is extended at different times and in varying situations depending on many variables - who gets to the door first, whether folks are handicapped or disabled, older folks, kids, large parties of people, all sorts of things. But, in this particular instance, I was subject to a couple who were not open to giving any quarter to anyone nor who couldn't give a rat's ass.

I was at the door and had begun opening it to leave when up the curb they leapt, seemingly to bulldog toward the opened door. I barely had time to get out of their way as the swooshed right on through. Never did their heads lift to see who was holding the door, never did their eyes make contact with mine. As a matter of fact, the girl of the pair seemed to make a concerted effort to weave around so as not to bump into me.

They wound their way into the restaurant without a word of acknowledgment, without a nod of appreciation, without a wave, without even a muffled, under-the-breath "thank you."

And you know what? That's all right. They might have been deep in conversation right up to the point they zoomed into the place. They could have been miffed at each other for all I know, not willing to break their heated concentration between themselves. If that was the case, I could understand that.

But I don't believe that for a moment. They were simply rude. How do I know? Because I barked out a gruff "You're welcome!" as the door shut behind them. And I made certain they heard me. They never bothered to turn their heads.

Nothing. No turn. No wave. No tip of the head. Nothing. They were just didn't give a rat's ass.

But ... there are even ruder folks out there, folks. It so happens I was in yet another place a few days later. As I made my way through throngs of teenagers just let out from school, I managed to make my way to one of the few tables available. As the place was packed, there weren't too many spots open. The one I was fortunate enough to sit at, however, afforded me a terrific view of a woman ... flossing and picking at her teeth.

This little show went on for a long time. 8+ minutes to be precise.

Which leads me to ask the question: Who does this? Who is rude enough to sit in plain sight of strangers who are eating and literally pick your teeth smack dab in the middle of them all?

I was tempted to recruit a couple teenagers at a nearby table and get them to move to seats near her, put our chins in our hands and just stare at her. And then I had a better idea: How about sitting directly across from her and watch her intently? I figured if I did that she wouldn't pick at her teeth in public ever again. (Who was I fooling? Of course she would ... but it would give her second thoughts before she did so.)

I mean ... it's not just me that stumbles on this stuff and these people. My buddy Clark Brooks on the other coast has run into folks whose common sense has left them as well.


So I ask: Where did common sense go? It must be gone with the summer wind?

.......... Ruprecht ( STOP )
Careful. The man below could sit at your table for no reason other than to embarrass you in public. 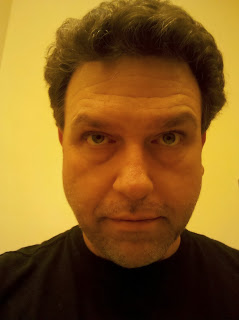